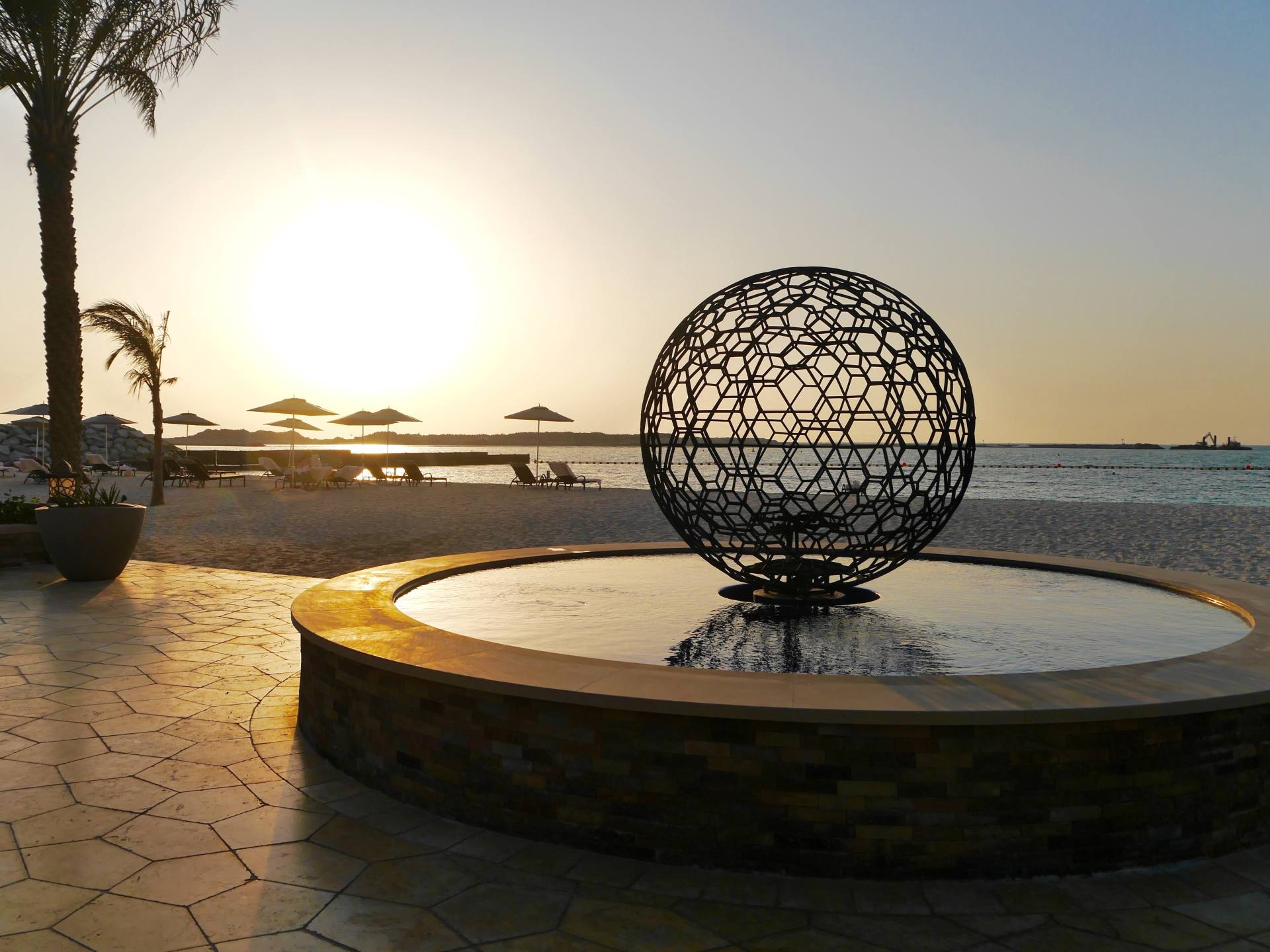 Anyone that reads my blog regularly will know I am a huge fan of Four Seasons hotels. I’ve been lucky enough to stay at the Four Seasons in St Nevis, The Maldives and The Serengeti, each one completely different and unique to their destination. So when I was in Dubai last week I just had to go and check out the new Four Seasons hotel which opened in a sought after location on Jumeirah beach in November 2014.

I visited the Four Seasons Dubai as a day guest to experience the spa and attend the opening night of Sea Fu’s Saturday night Beach BBQ. This was my experience… 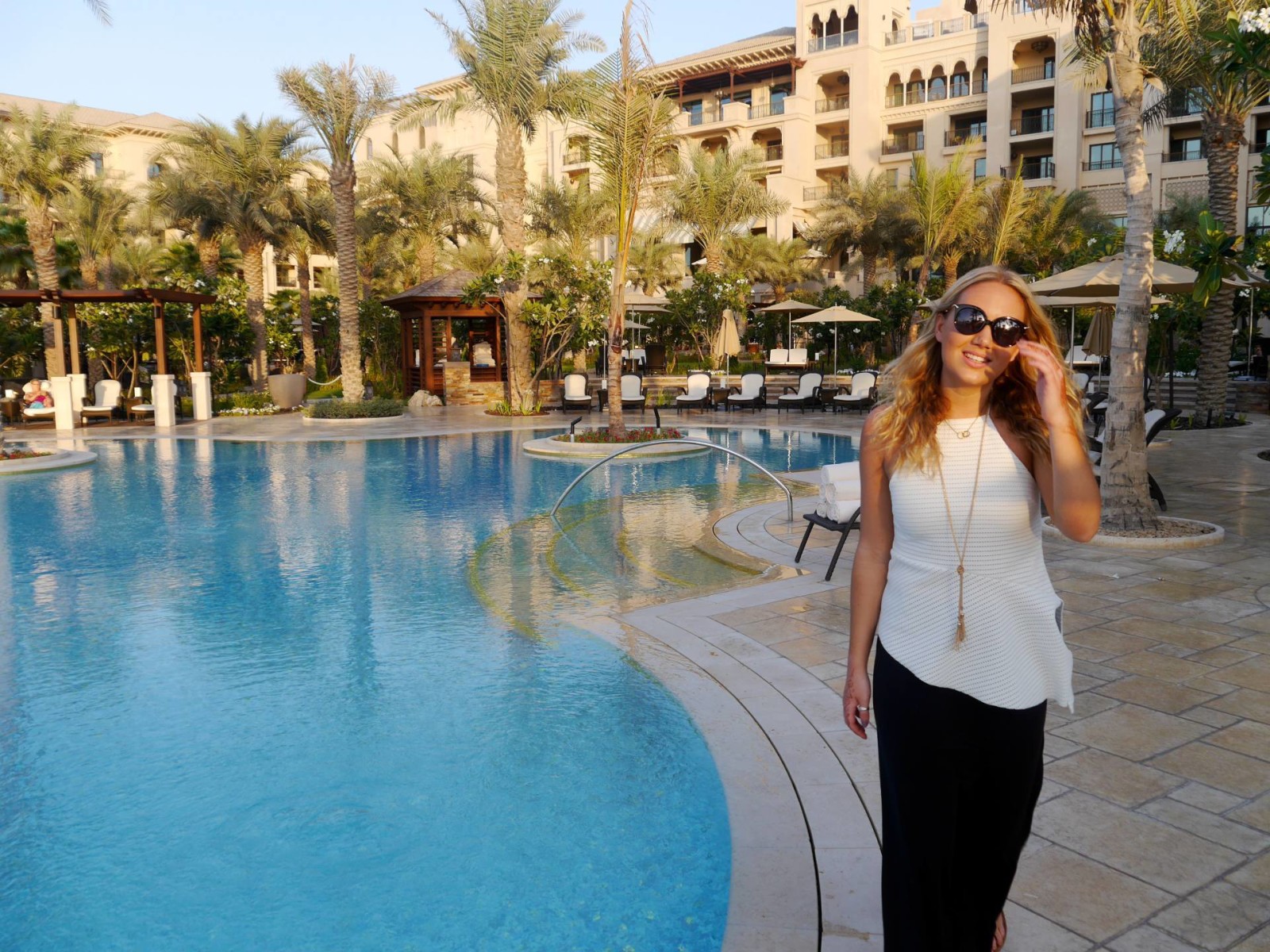 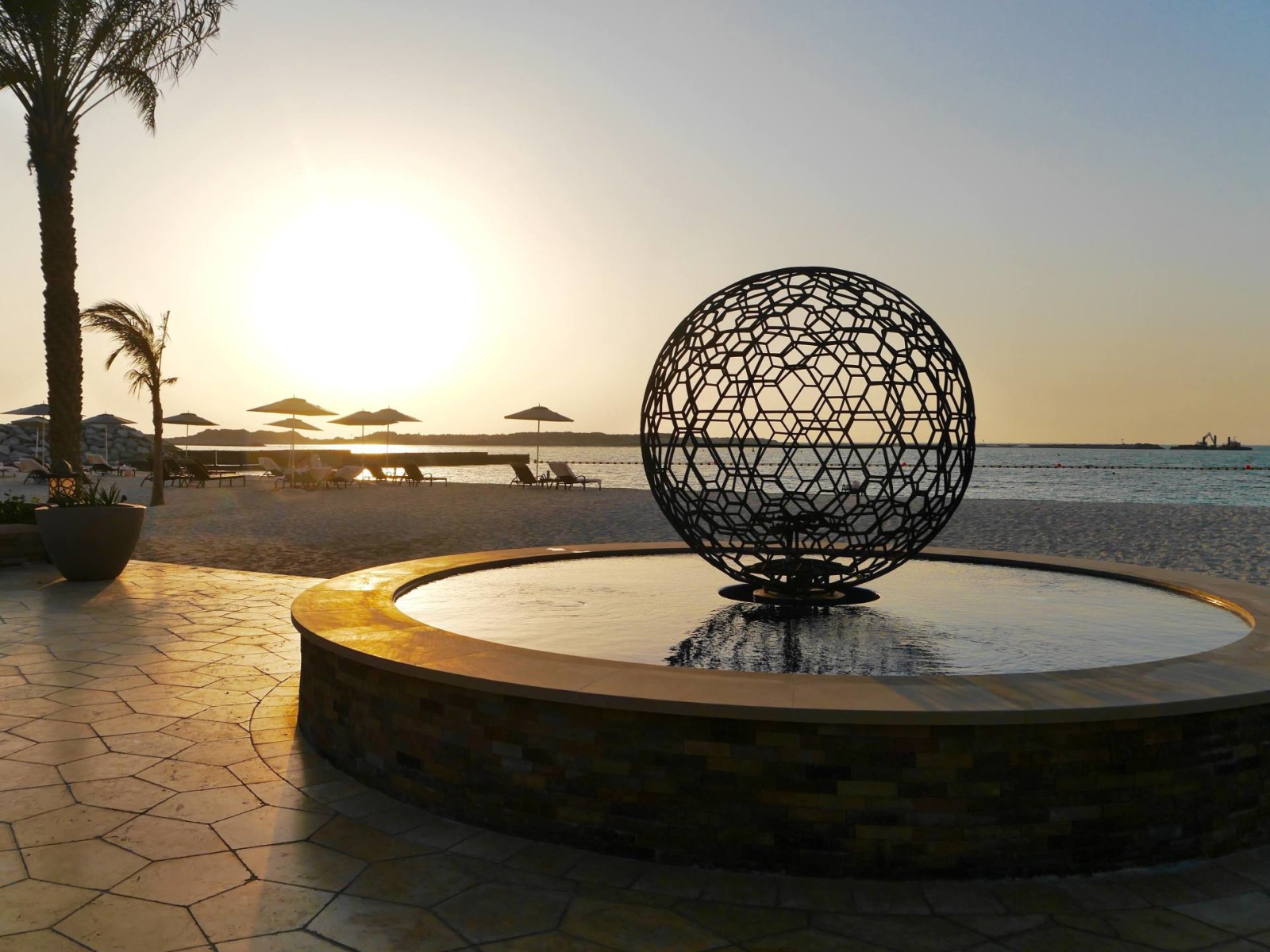 Pulling up to the Four Seasons Dubai felt like I had arrived at the front gates of an Arabian palace. Turrets and domes are washed in terracotta and lush green foliage took me a million miles away from the nearby desert I visited just the day before. Though the grand entrance is the polished marble lobby area with a central spiral staircase leading down to the expansive gardens, pool areas and beachfront. 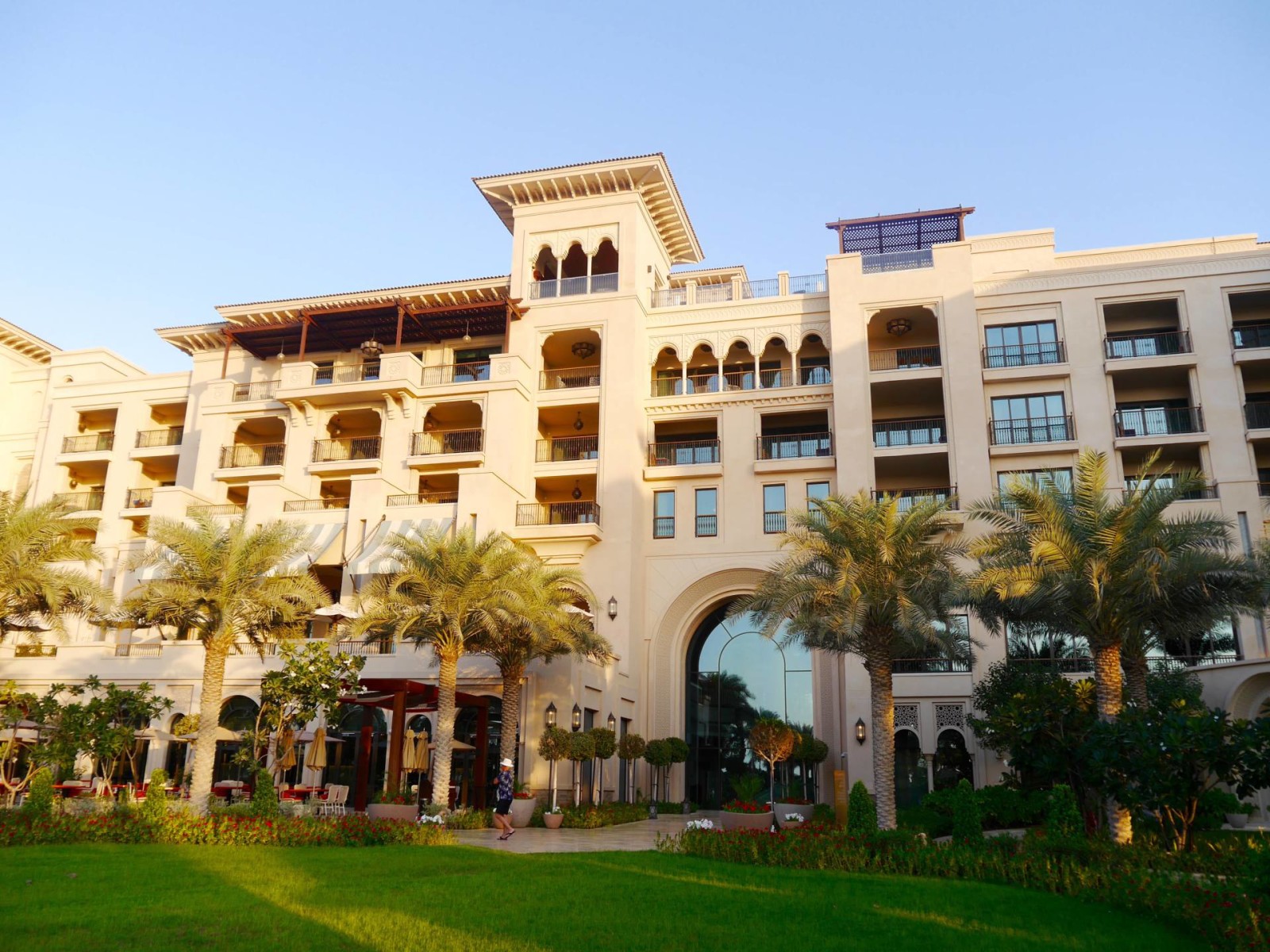 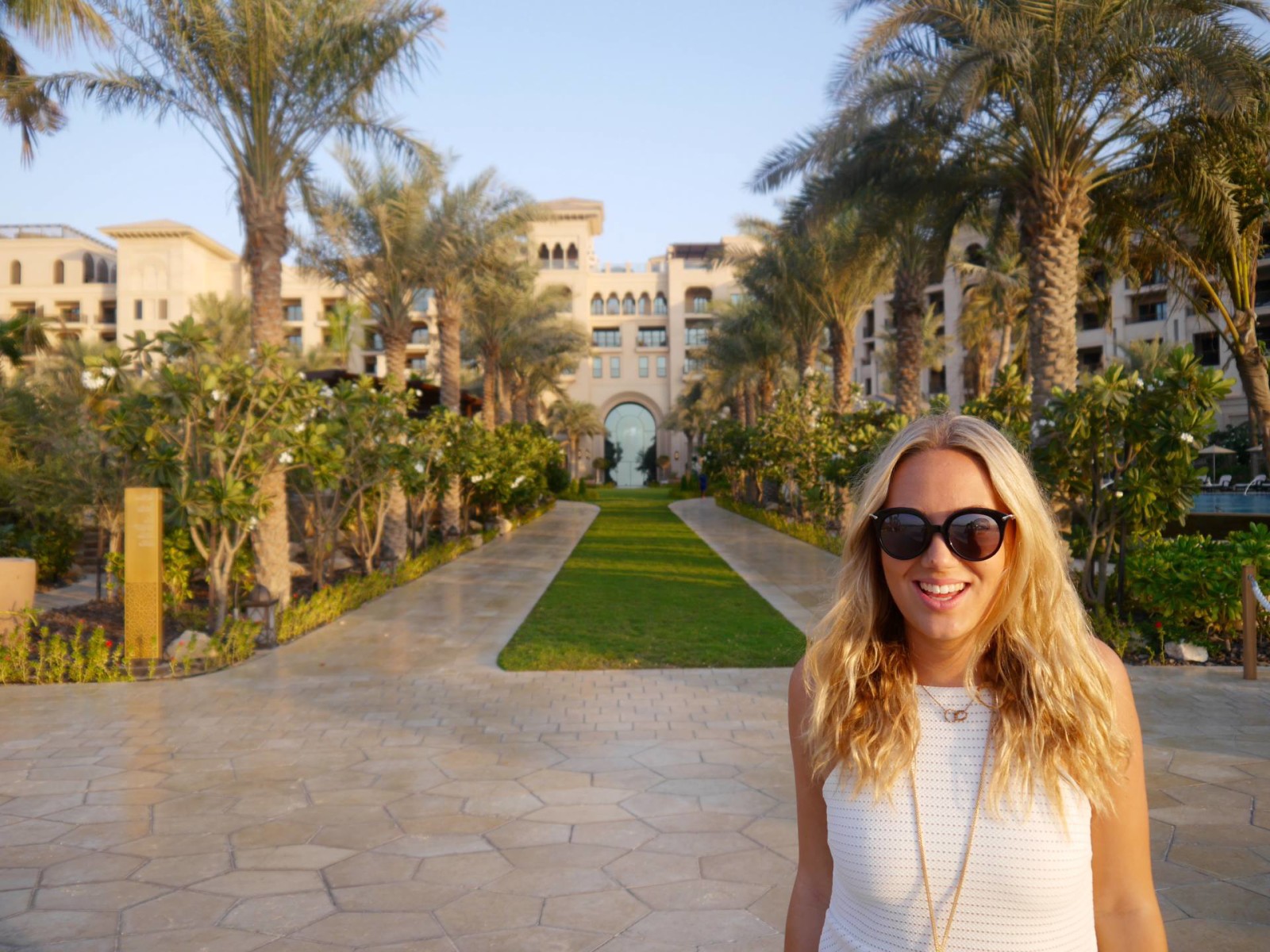 My first port of call was to go and check out the beach and poolside areas, of which there are plenty. Winding pathways lead from the main lobby down to the beach front with trickling Arabic-style water features and fountains, further adding to the Middle Eastern opulence. 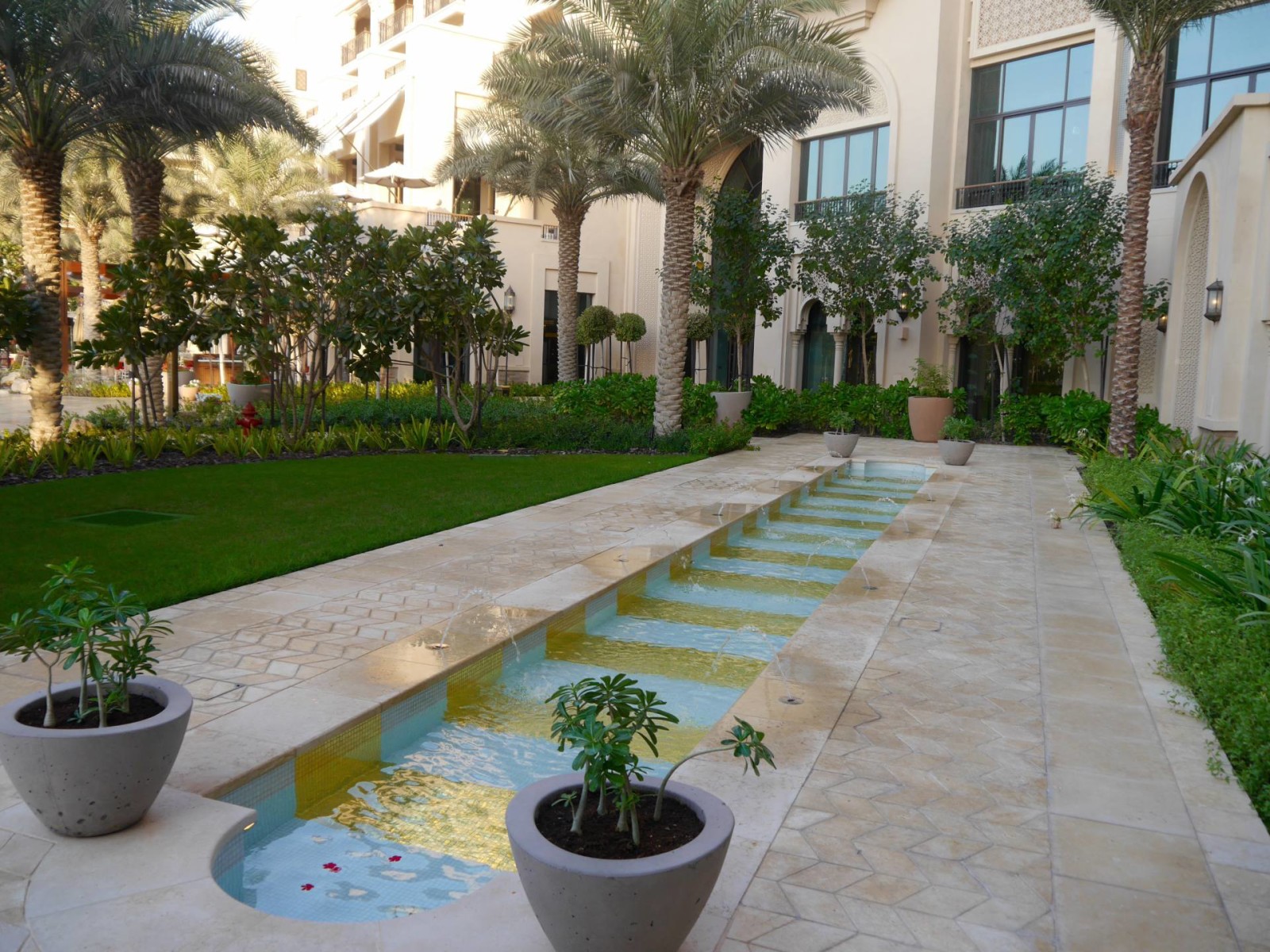 Guests have a choice of two luxurious pools looking out on to a long private strip of Jumeirah beach. All areas are fully serviced and make for blissful spots to unwind. 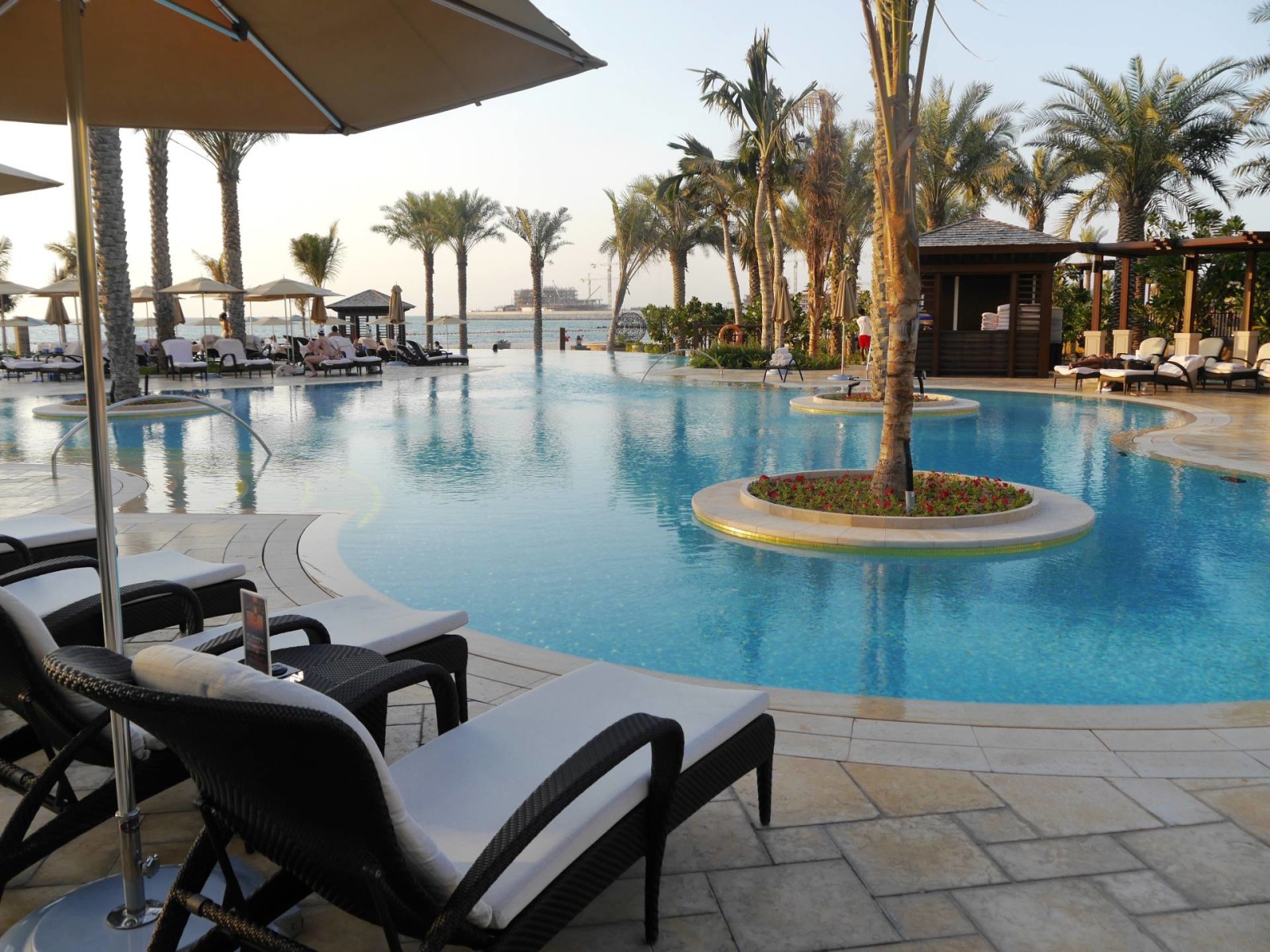 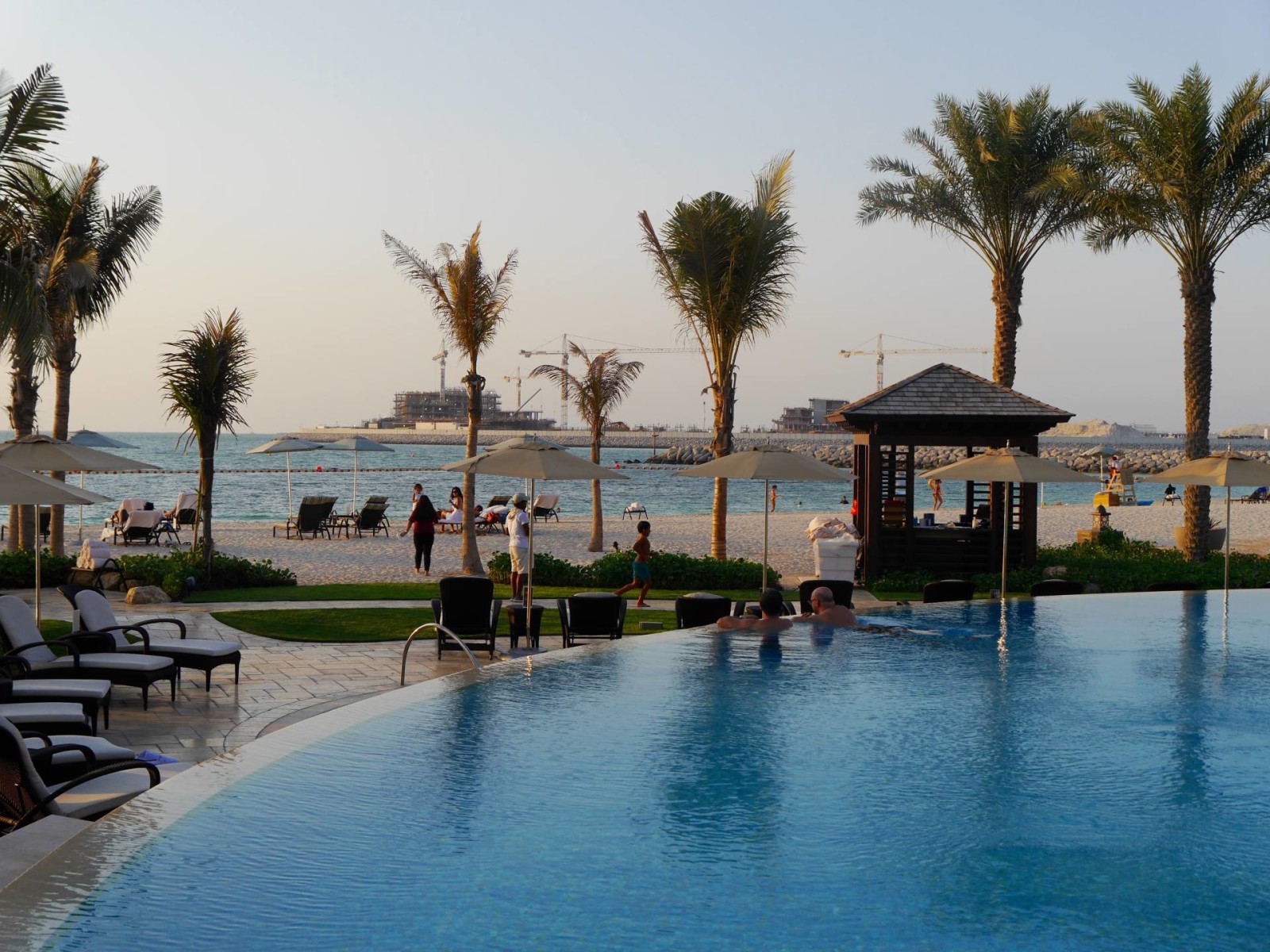 My second stop of the day was to the Four Seasons Dubai Spa. I was welcomed with a hot towel and a cold lychee infusion before having a look around the immaculate spa complex. Guests are welcome to use the spa at any time during their stay, without the purchase of a spa treatment. This is a huge plus point for spa junkies. 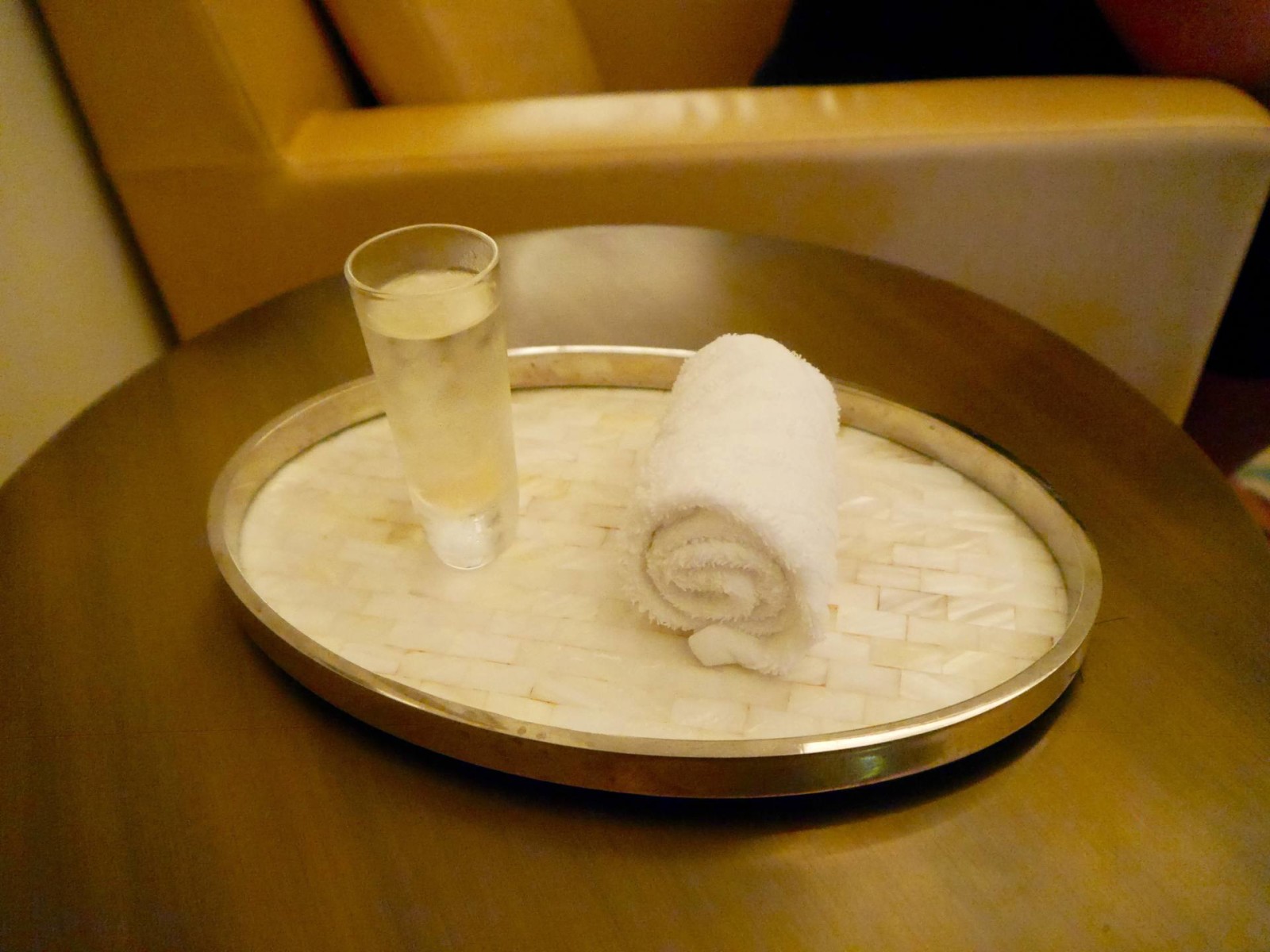 The spa’s expansive indoor pool is built in a roman bath style with columns either side and a jaccuzi on one end. It looked purifying and inviting. 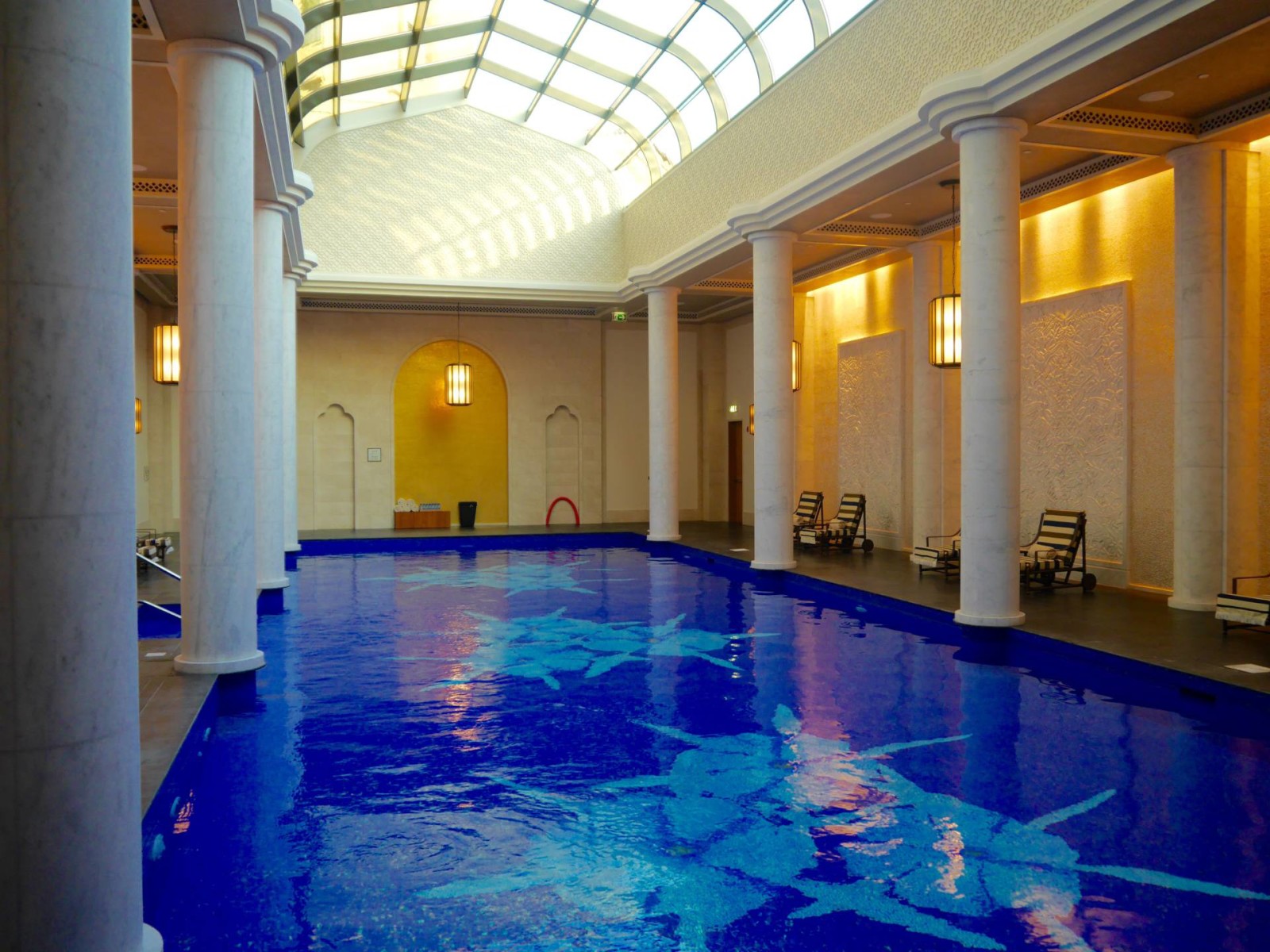 On the other side of the changing rooms is also a series of spa rooms including sauna, steam room, hammam, ice room, experience shower and relaxation room. There is also a treatment waiting room area to help yourself to water, herbal tea, dried fruits and nuts. 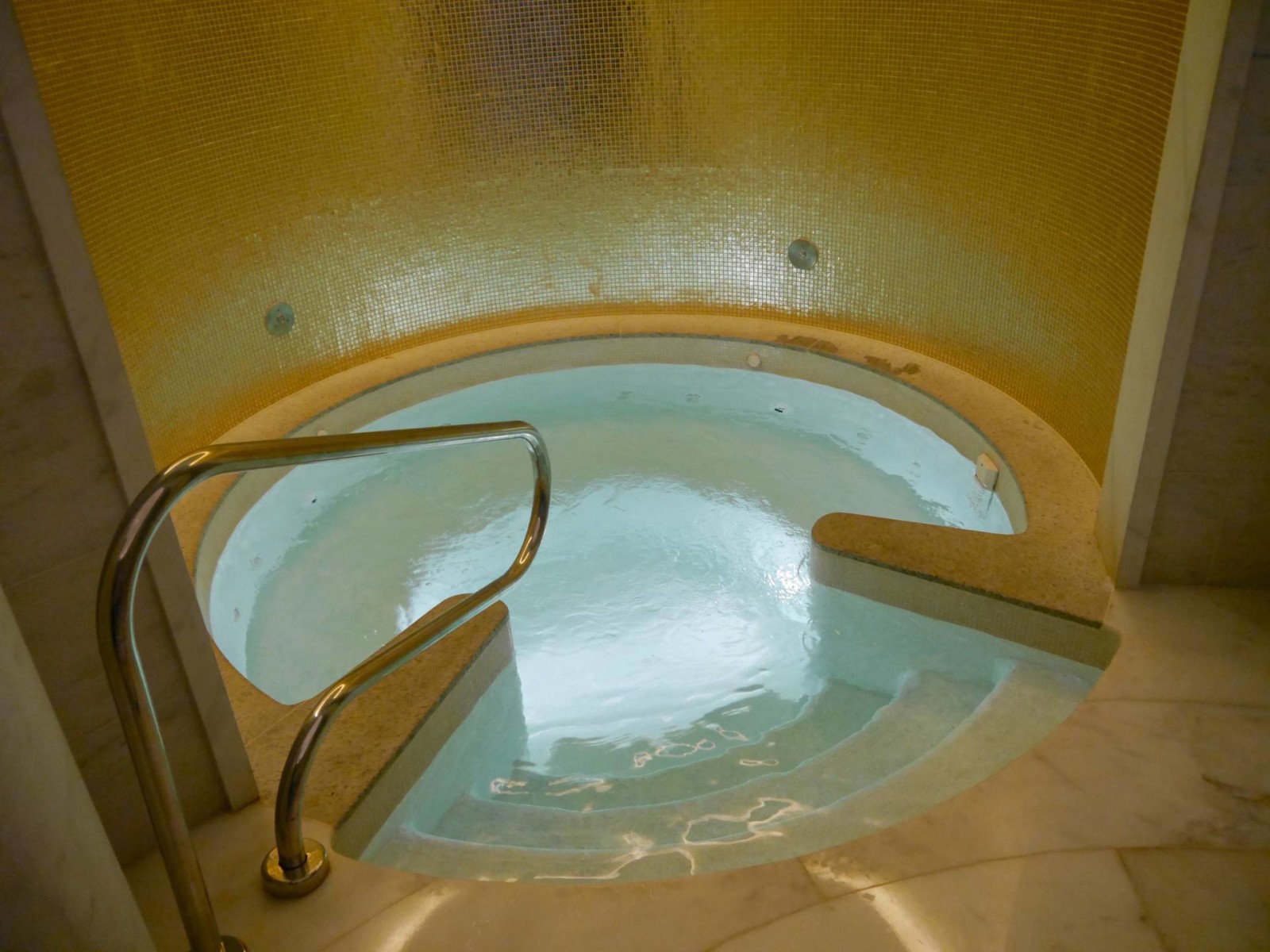 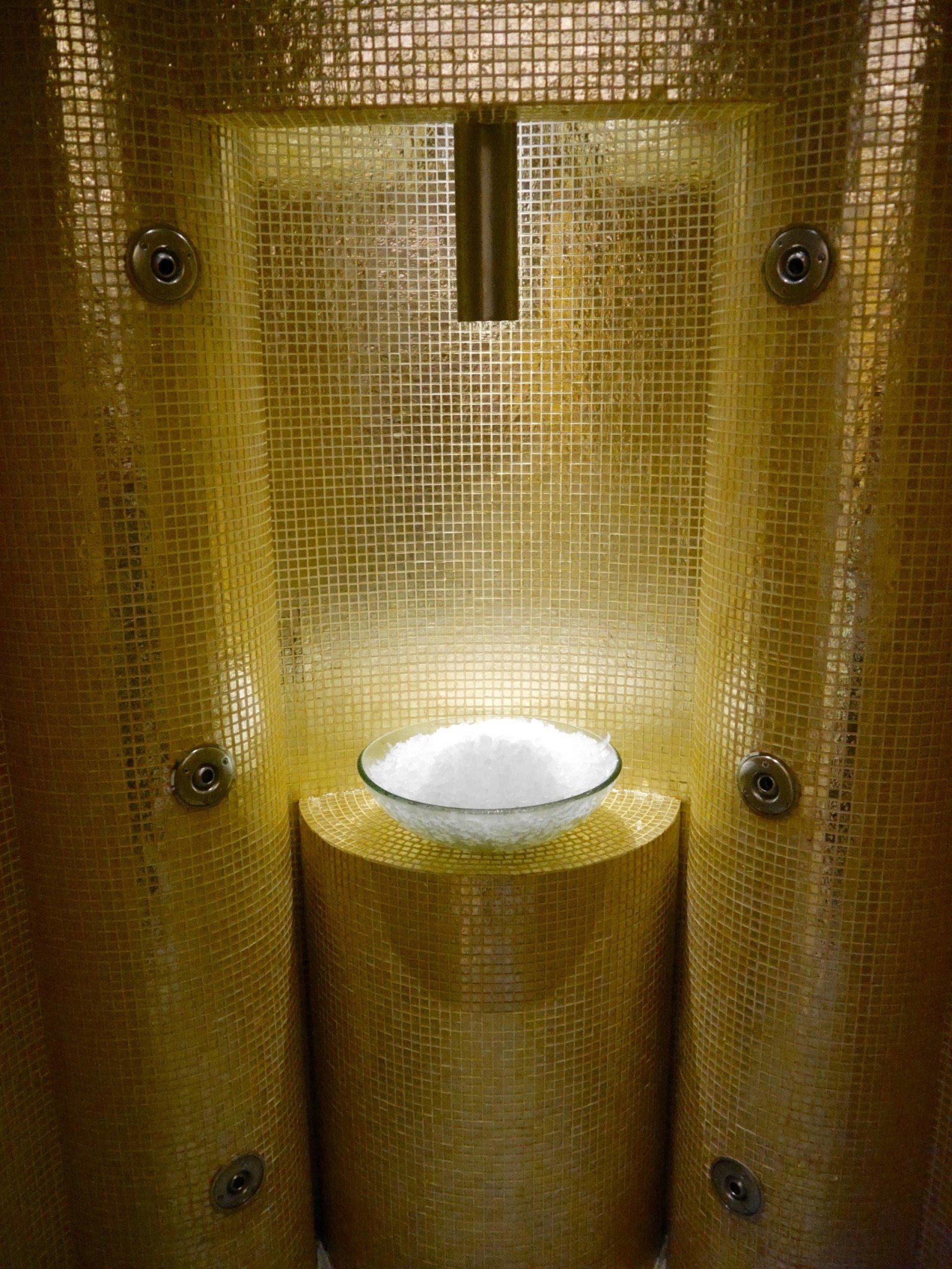 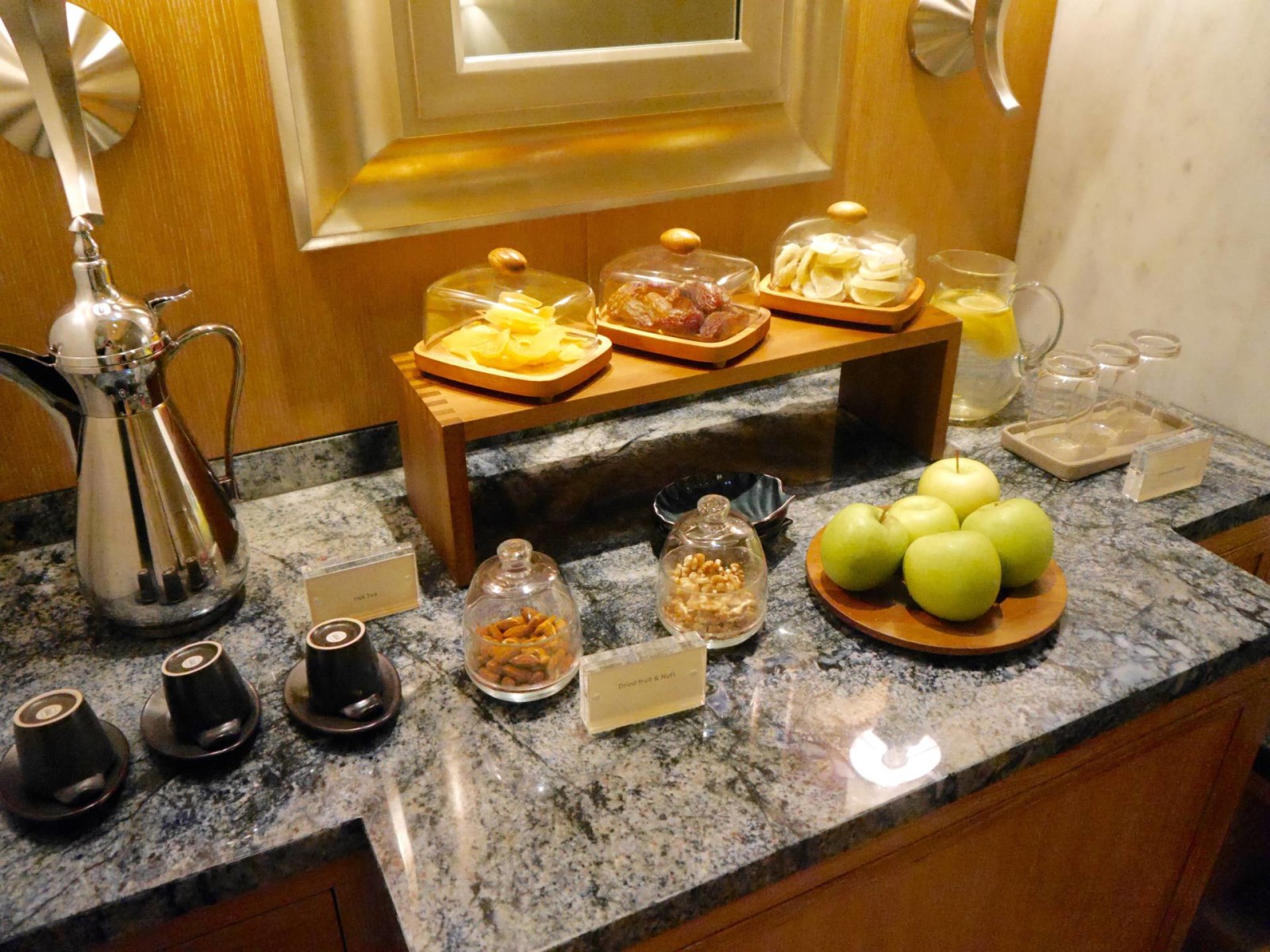 My treatment was a 60-minute full body Aromatherapy massage with a wonderful Thai therapist called Ice. Ice mentioned that she was Thai so I asked her if she could include some Thai techniques within the massage, which she was all too happy to include. The experience started with a warm foot scrub, which really helped me to unwind. I was offered a choice of 3 different aromatherapy oils and I got to smell a sample of each one. I went for a Mandarin scent that promotes deep relaxation. 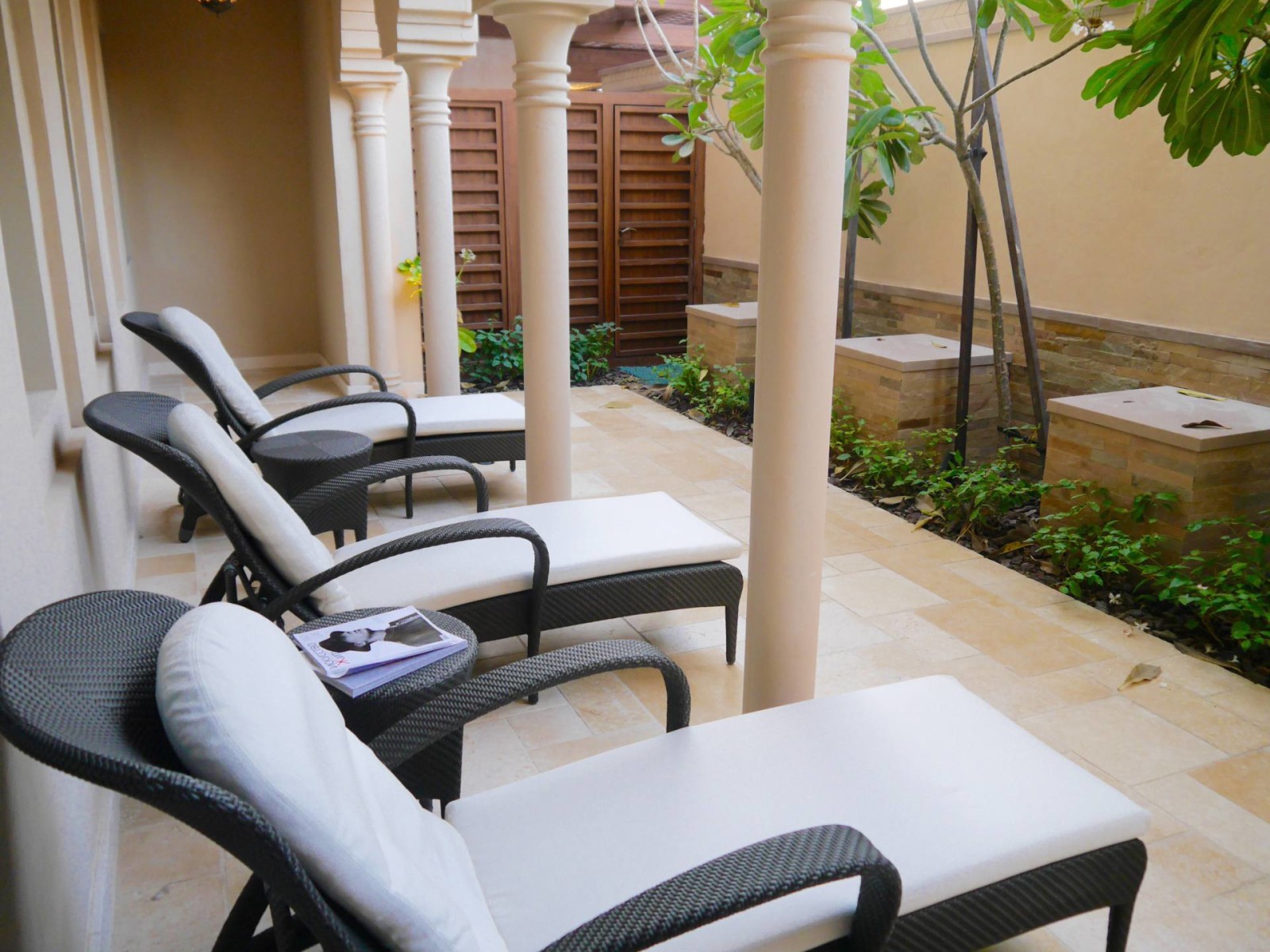 This massage quite literally massages you from head to toe. After the main massage Ice also included a foot, head and scalp massage, which was totally indulgent and made me feel completely pampered.  Ice’s expert hands created a massage that felt entirely bespoke to my body and its problem areas. The massage was one of the best I have had in my life, which was further improved by the luxurious surroundings and ambience of the spa. 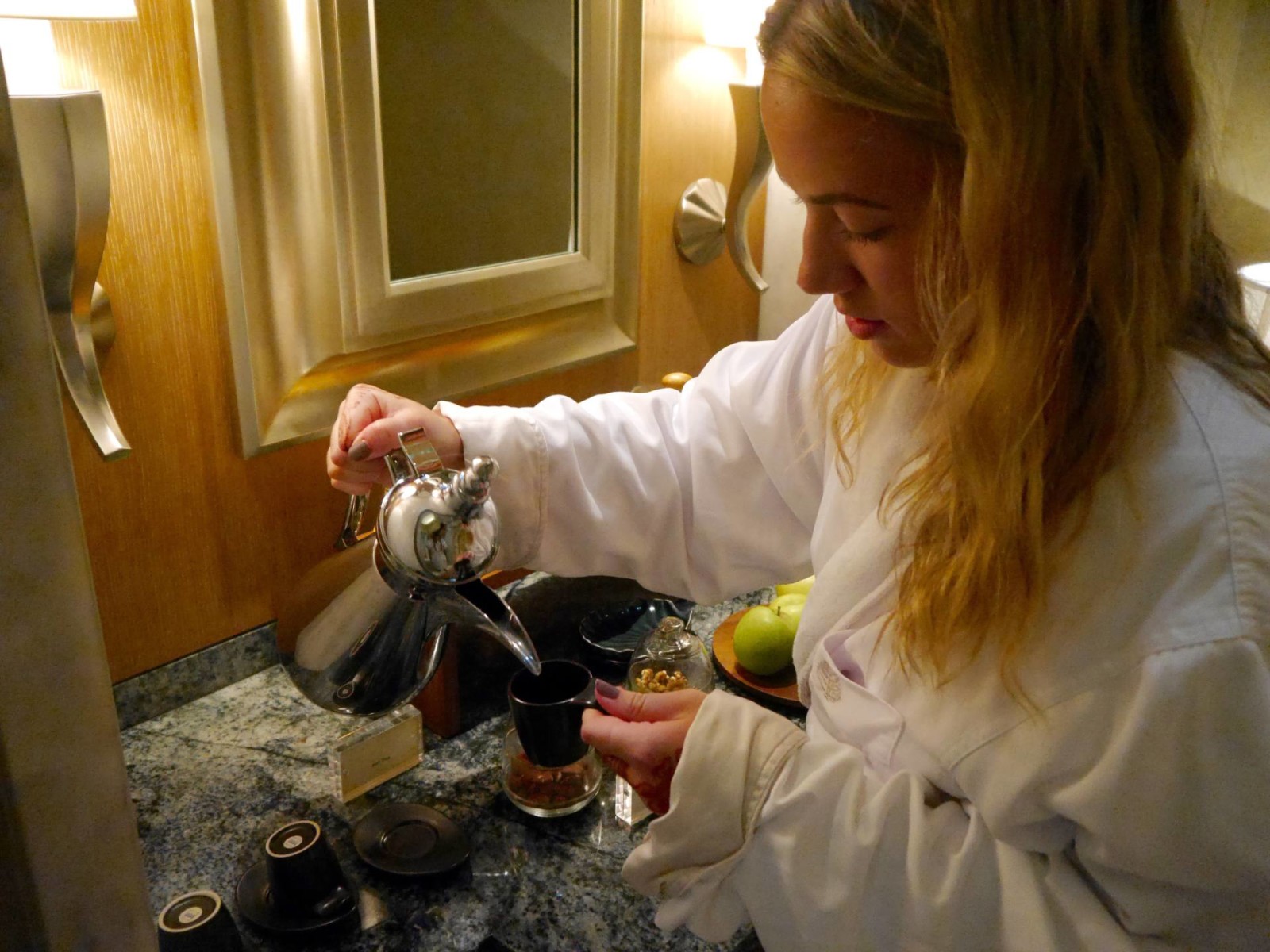 It was a lucky coincidence that my visit to the Four Seasons Dubai was also on the opening night of Sea Fu’s first ever beachfront BBQ, which I was invited to experience as part of my visit. The beachfront BBQ will now be hosted every Saturday night for guests alongside the usual a la carte sushi menu. 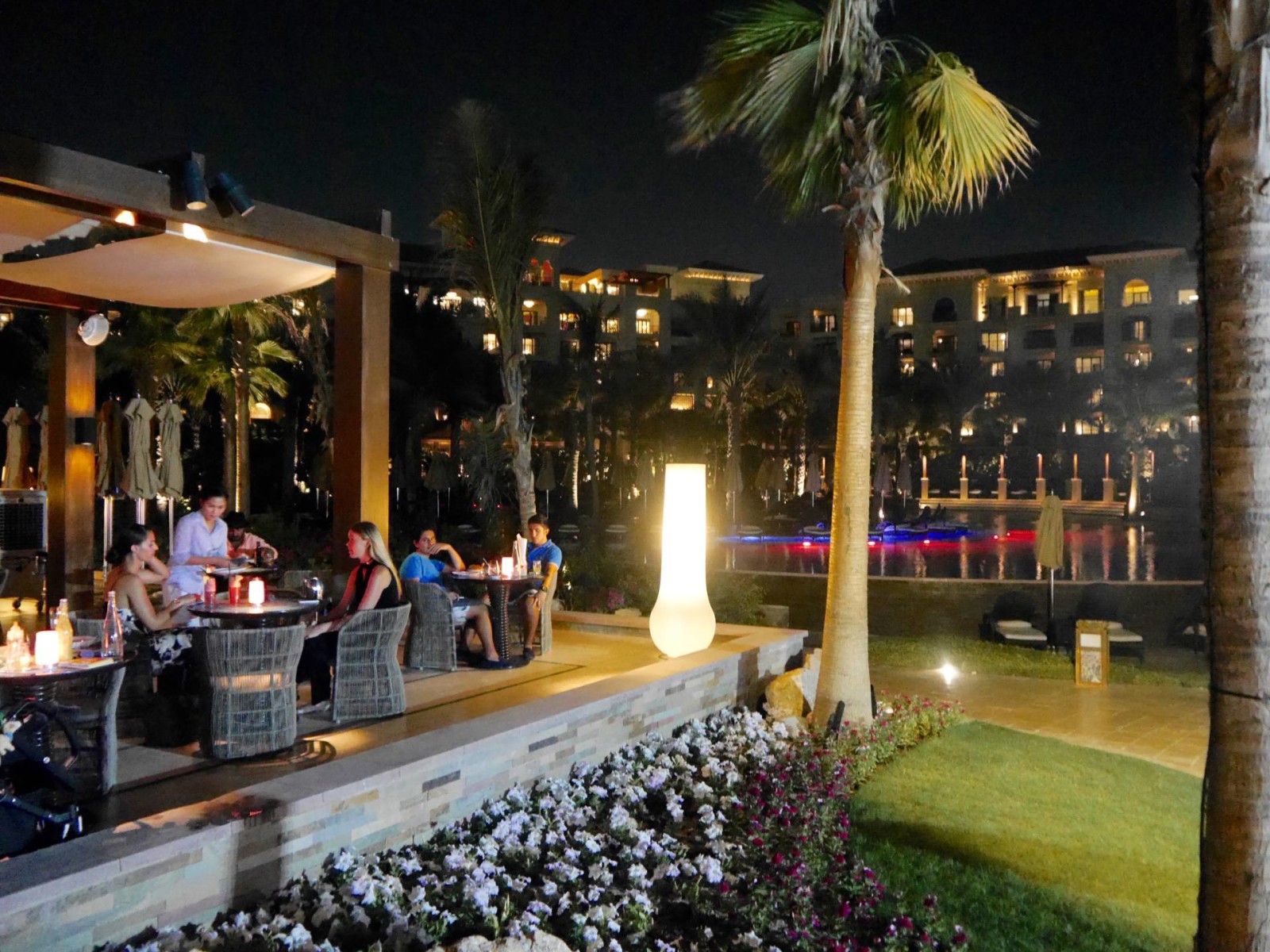 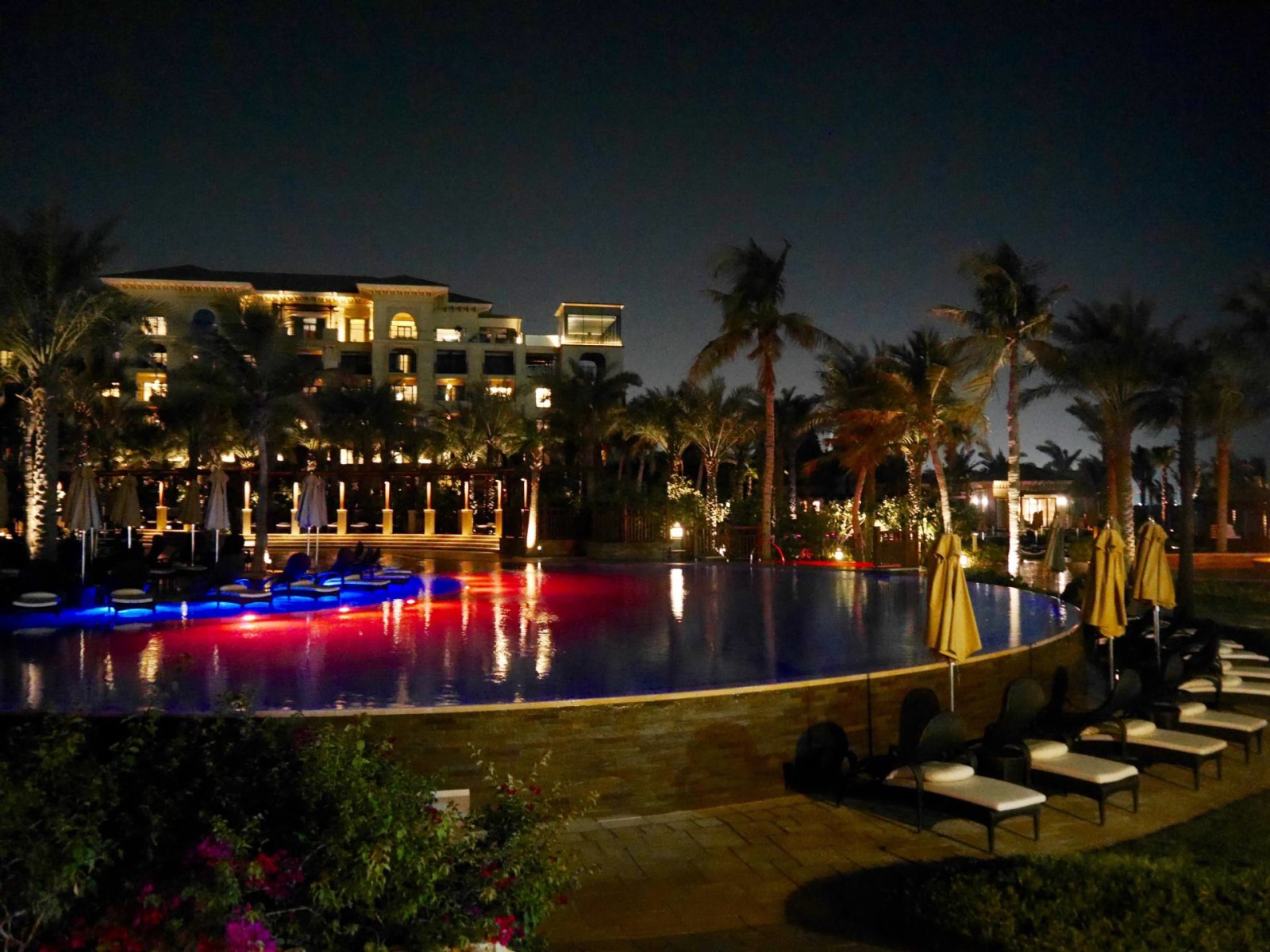 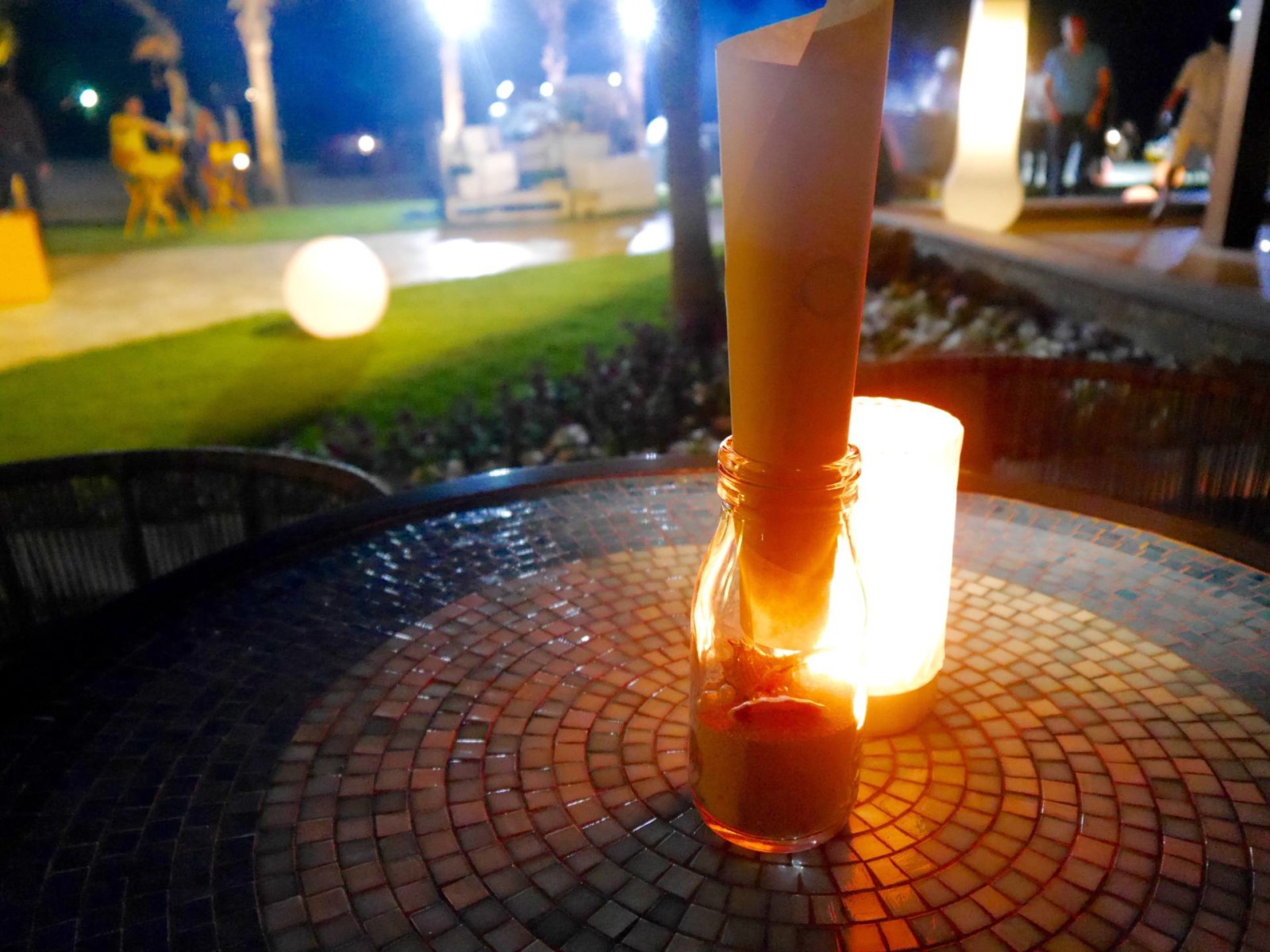 A central pop-up BBQ station was built on the beach in front of the restaurant, where the hotel chefs were grilling up everything from lobster and yellow fin tuna to Wagyu beef and chicken. Surrounding the central grill was a seafood cart with a huge tuna fish on ice. 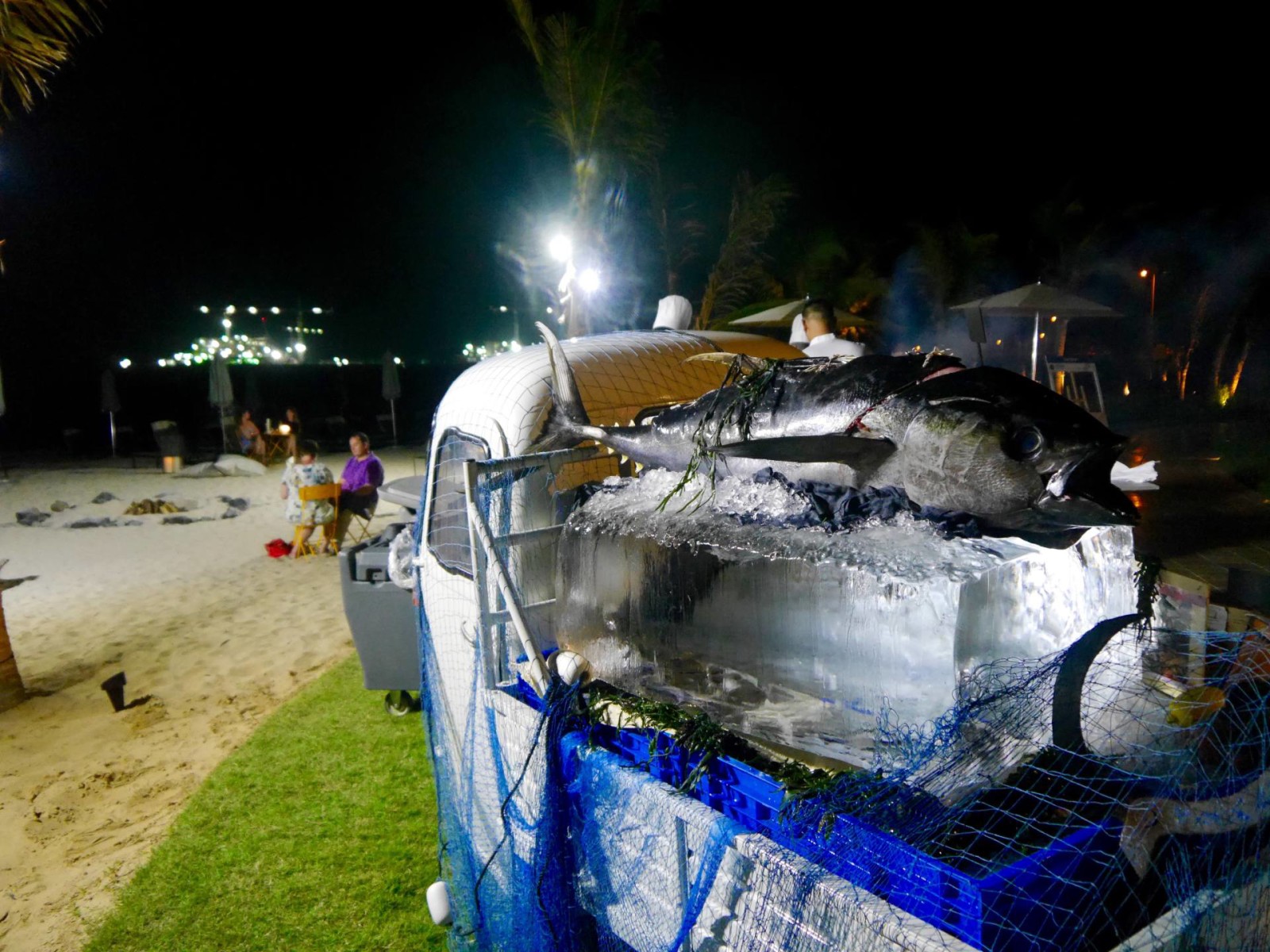 A smoky haze and the smell of fresh grilled seafood filled the air whilst subtle house music added to the stylish ambience. It was luxury surf and turf at its finest. 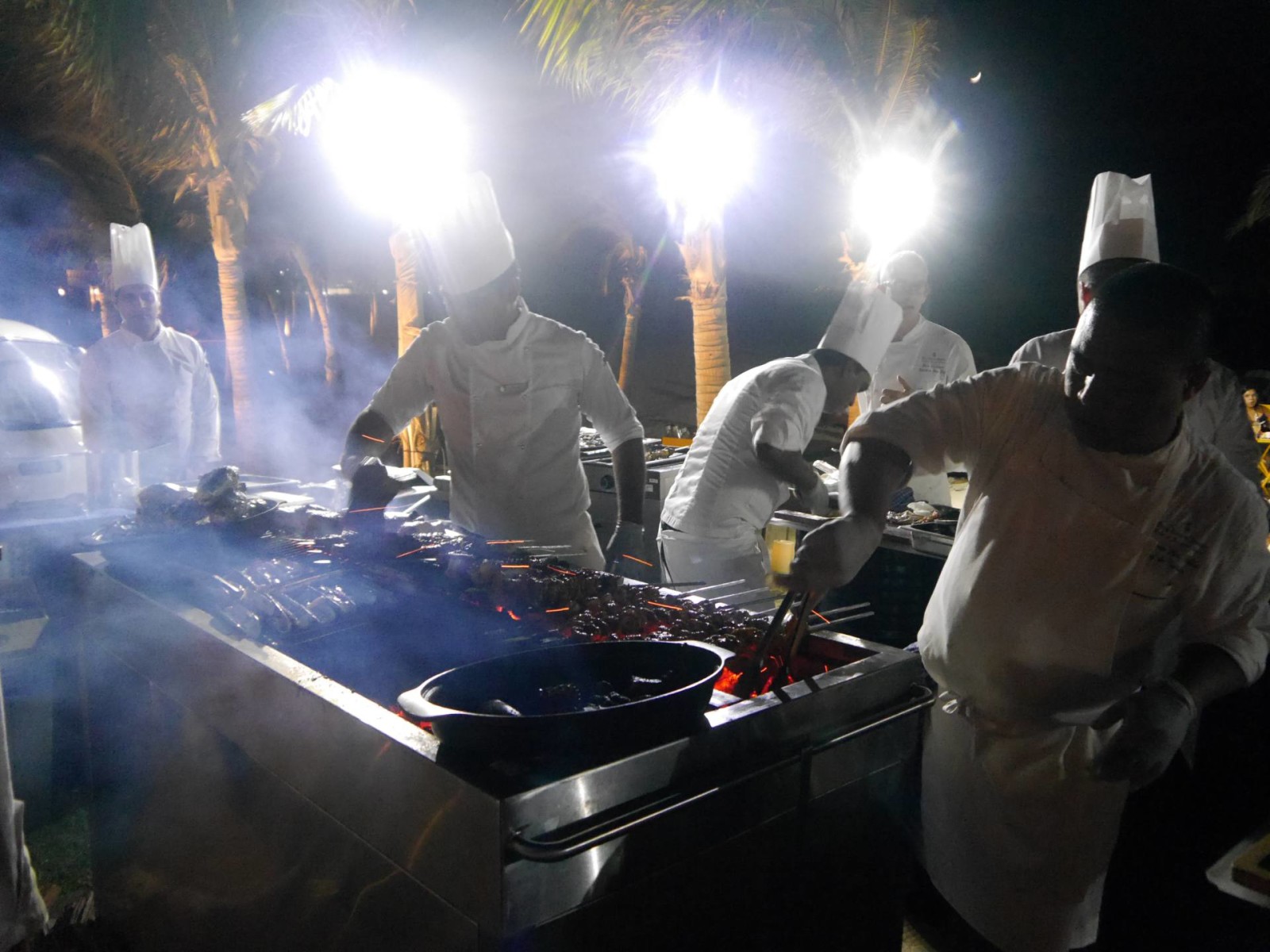 Fresh oysters and mussels were also on offer, alongside sides including baked potatoes and grilled mushrooms. The BBQ’ed food was served fresh off the grill to each table, which created an exciting tasting-menu that came as and when it was ready. We sipped on delicious cocktails, soaked in the surroundings and enjoyed the steady flow of delicious meats and seafood that came to our table. 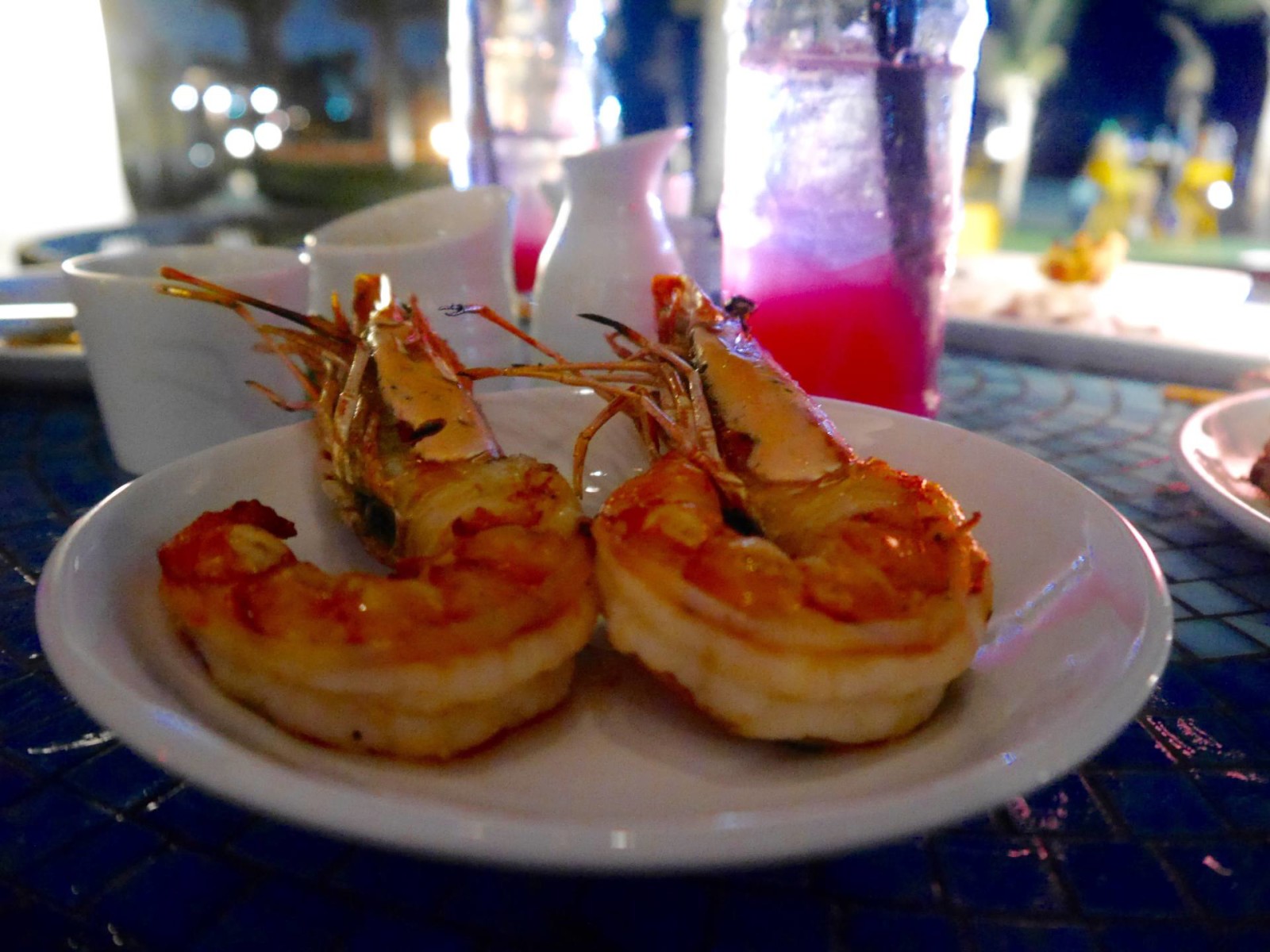 What did you think of my Four Seasons Dubai experience? Have you visited this hotel or are you thinking of booking a stay here? Leave me a comment in the box below and let me know! x

« How to Spend A Day in Granada, Spain
7 Things To Know Before Visiting Dubai »