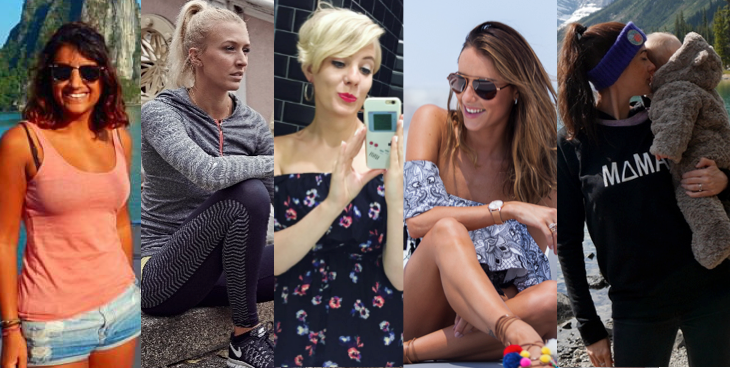 Social media has to be the single biggest phenomenon of our generation, and after many lengthy discussions with my blogging pals, I feel like I could write an essay about the pros and cons that it has brought to our society. Whilst there is a distorted dark side to social media (I’ll save that for another post), I love how it can also connect you with people that you would have never crossed paths with in real life. Some of these people may just be a waste of time. But some of these people may well go on to enrich and inspire your own life in ways that you never could have imagined, whether that be romantically, socially or simply without ever even meeting them. Quite an exciting prospect right?

I’ve teamed up with social discovery app Badoo to share with you 5 inspiring women to follow. I first connected with all of these women through the power of social media and now I know them all personally in my actual ‘non virtual’ life. Each of these women are influential in their field and are totally excelling at what they do. They all inspire me in different ways, and now I am even lucky enough to call them my friends. Here are 5 inspiring women that you need to be following in 2016… 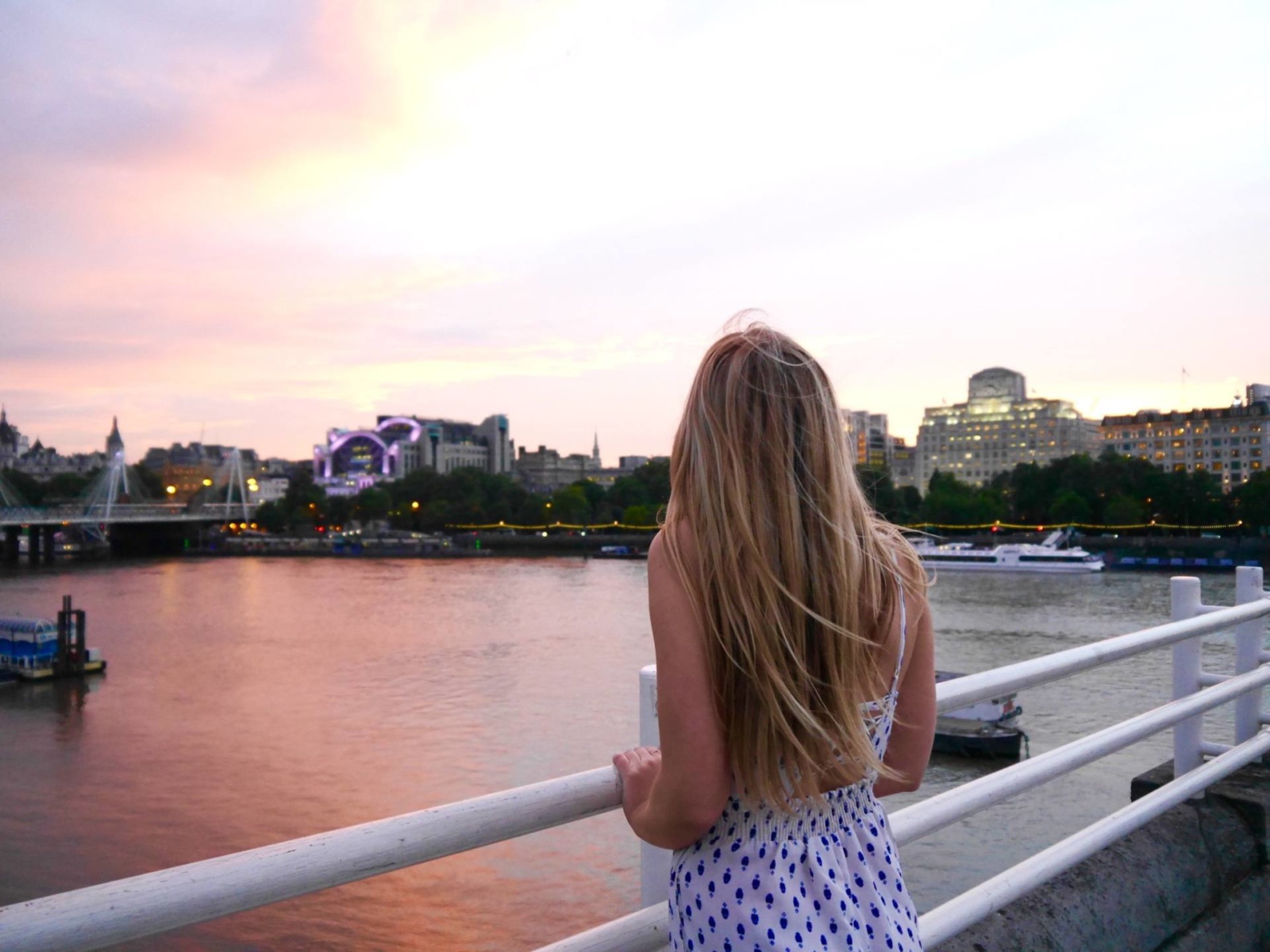 1. Emma Gannon
The one who used her blog to get a book deal and become an Author

First and foremost, Emma Gannon is an exceptionally talented writer. After running her blog  (Girl Lost In the City) for 7 years and working for the likes of Glamour Magazine and The Debreif, Emma went and landed herself a book deal with Penguin Random House. Emma first told me of her book deal when we were on a press trip together last December. I could see how huge this was for her and how excited (and slightly daunted) she was by the prospect. Last week I went along to the official book launch where I bought a copy for myself. I was so proud to share this monumental evening with her as I knew just how much hard work she put in to get there.

Emma inspires me because this book deal didn’t land on her lap. Nobody begged her to write it. It was her own idea that she was brave enough to pitch, and she believed in herself enough to think it could work. Somebody took a chance on her and it paid off. Without her determination or self-belief, that book wouldn’t be sat on my bedside table right now. At the age of only 27, I’d say this was pretty good going. 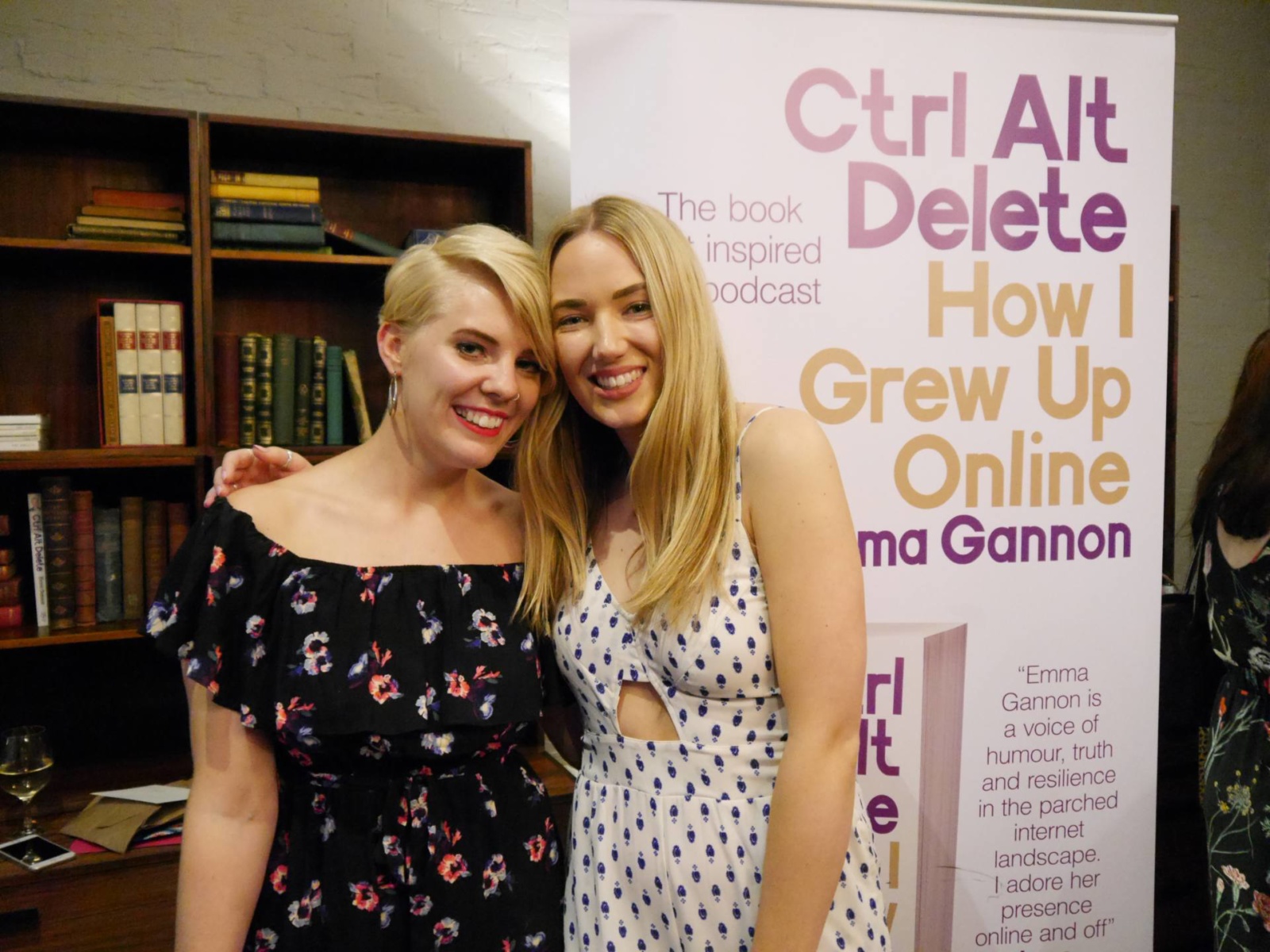 Me and Emma at her book launch last week at the Hoxton Hotel, London

2. Char Taylor
The one who had a baby and still travels the world

I first connected with Char Taylor of Taylor Hearts Travel through Twitter, and we met in person three years ago at WTM (World Travel Market) in London. Char was actually one of the first bloggers I ever met face to face, and we found endless things to talk about. Like most travel bloggers, Char has an incurable desire to see the world. But when she gave birth to her beautiful son Nova in November 2015, people told her she’d have to give up the blog and stop travelling all together. She told them she would still continue to travel even with her baby, and they didn’t believe her for a second. 8 months after having Nova, her little family has taken 5 overseas trips and baby Nova has already visited the likes of Canada, Mallorca and Corfu.

Char inspires me because she has ignored anyone who ever told her what a mother ‘should be doing’. Why should you give up your life and your passions just because you have had a baby? Char has ignored the pressures of society and maintained her own identity as a fabulous mother and travel blogger. I am a long way from having babies of my own, but seeing Char travel with her young family makes me think that one day I could do the same. 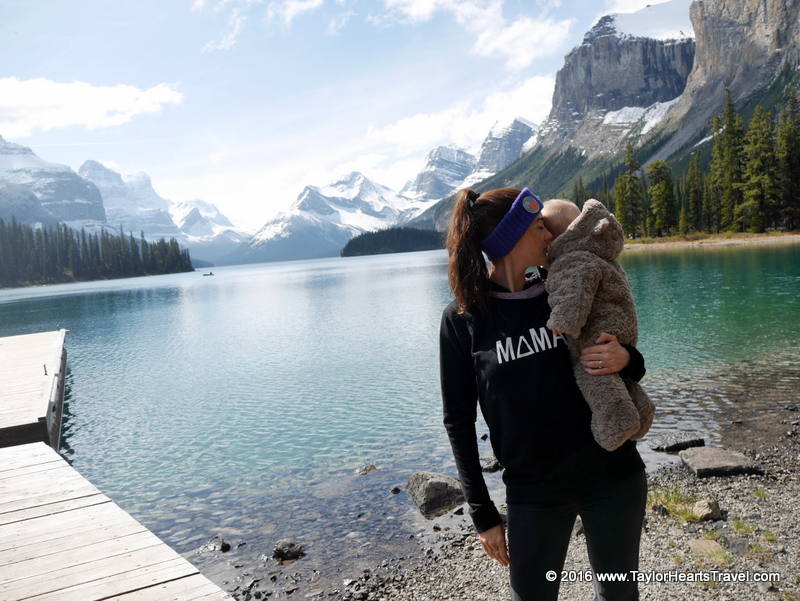 3. Sabrina Chakici
The one who won the E! Entertainment Presenter award

The charismatic Sabrina Chakici is a girl of many talents. After 3 years of working as a full time presenter for numerous Sky Channels, she decided to take a leap of faith and enter herself in the nationwide search to become the new UK & Ireland Host of E! Entertainment. She won the competition in November 2015 and has since interviewed the likes of Lady Gaga and Christopher Bailey. After meeting Sabrina face to face recently at an event in London, I can see exactly why she won the competition. Sabrina is intelligent, beautiful and absolutely captivating to speak to. At the event she had the confidence to come up and introduce herself to me as she wanted to tell me she loves my blog (yay!).

Sabrina inspires me because she is a small-town Grantham-girl who had dreams much bigger than what her hometown could offer her. She believed in herself enough to take a chance and is now the face of one of the biggest Entertainment channels in the world. You go girl. 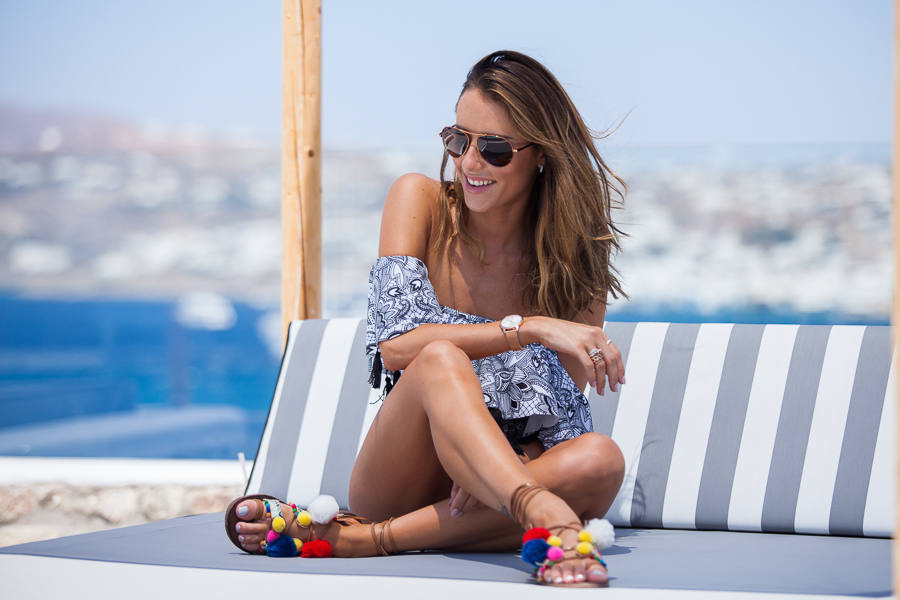 4. Zanna Van Dyke
The one who has built a fitness empire around being real

Zanna and I had followed each other on Instagram for quite some time before we finally got to meet up last year. Since then I have watched her career explode and she is now one of the most influential fitness personalities in the UK. As a qualified personal trainer, fitness blogger, model and co-founder of #GirlGains, Zanna has many strings to her bow. But one thing that is constant about this girl is her infectious personality and her honesty. Zanna is real and tells it like it is, which is why she has quickly built a loyal army of followers around her (she’s the fitness guru with a penchant for cheese and chocolate). The girl you see on her Snapchat and vlogs is exactly the same girl you see in real life. Her healthy, balanced and realistic take on fitness and nutrition is so refreshing and is exactly what our generation of easily influenced millennials need to hear.

Zanna inspires me because even after all of the media attention, press coverage and success, she has remained the same down to earth Yorkshire lass I first met. I am glad there are girls like Zanna in the spotlight, as she sets a healthy example to a younger generation about fitness, nutrition and body image. 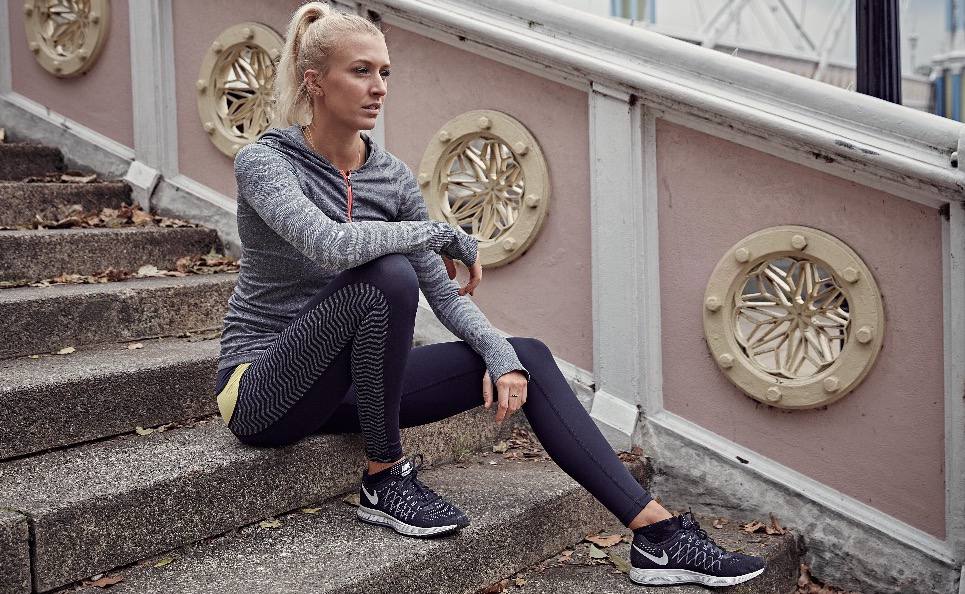 5. Lucy Ruthnum
The one who quite literally travelled the world

There are the travel bloggers who nip off on the odd trip every now and again, and then there are the travel bloggers who actually travel the world. Lucy Ruthnum of Absolutely Lucy is the latter of the two, and has just arrived back in the UK after an epic 18-month trip around the world. Just as all her friends were confirming to societal pressures of ‘growing up and getting a proper job’, Lucy saw life a little differently and decided to do things her own way. Through all of the adventure, Lucy blogged about her experiences as and when she felt like it, making her posts natural, organic and genuine. I loved reading about what she got up to and where she was in the world. Without sounding too cliché, Lucy’s monster trip was also a journey of self-discovery and by sharing her thoughts, feelings and experiences, she took all of her readers (including me) with her.

Lucy inspires me because she is one of the few people I know that have actually dared to leave their current world behind in search of another. Lucy is a stark reminder that it’s OK to ignore the pressures of what we ‘should’ be doing with our lives and just do what makes us happy. 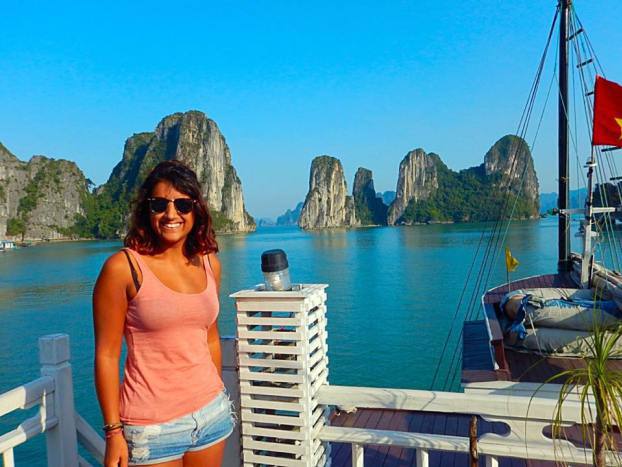 This is a list of 5 regular women that decided to do something extraordinary with their lives. None of them had success handed to them on a plate. They thought outside the box and have worked hard for everything they’ve achieved. Many of them hail from small towns around the UK and have had bigger dreams than people around them, which is something I can definitely relate to. So if I can do it, and they can do it, then so can you.

This post has been sponsored by Badoo, a social discovery app. Download Badoo today and meet people that inspire you.