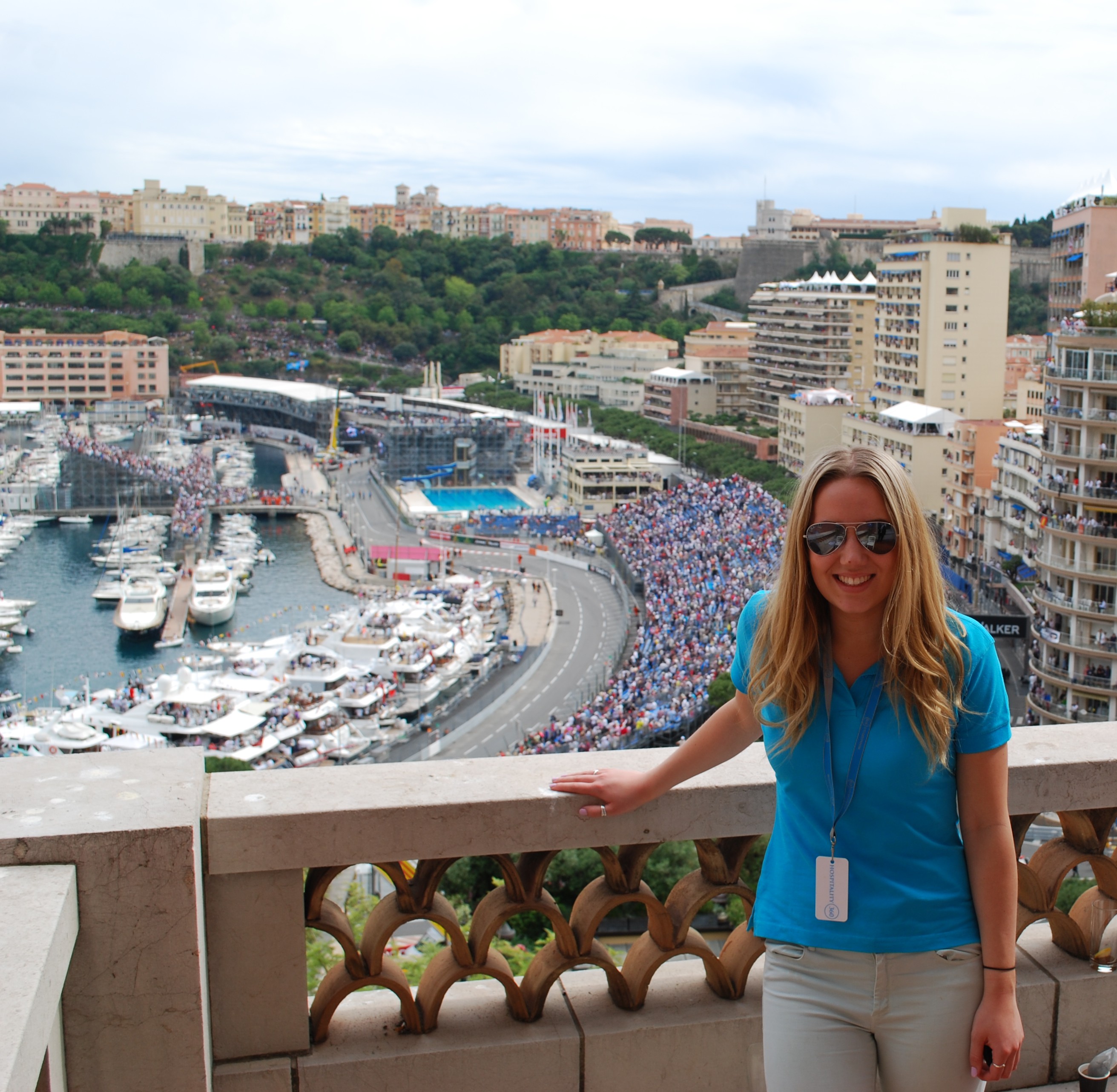 This weekend I bagged myself a once in a lifetime experience to go and watch the Monaco Grand Prix! How on earth did I do this, you ask? I’m not quite sure myself to be honest, but for once, it was nothing to do with travel blogging or freelance travel writing. The plot thickens…

Here I am on the rooftoop terrace of the Casa Mia – race ready!

I was asked to play host for an events company that hold various luxury hospitality packages to Monaco. Never resisting an opportunity to travel and visit somewhere new, I willingly obliged and got the gig! The job was to fly out a group of F1-goers by private charter jet and look after them for the day. The punters paid through the nose for the experience, and I got paid for the privilege! Winning all round really.

Monaco is one of those places I’ve always imagined to be uber glamorous, upmarket and rather over-the-top. Think Chanel bags, coloured chinos, collagen lips and lots and lots of WHITE. Did that put me off going? No! It made me want to go even more.

After a champagne breakfast on the jet, we touched down in Nice and made a swift coach transfer over to Monaco. Some of the guests had upgraded to go over by helicopter, who me met there later. The Grand Prix creates Monaco’s busiest weekend of the year, so when we arrived the town was absolutely buzzing. Practically every car on the road was a Maserati, Porche or Lamborghini and I realised that Monaco really is an area of extreme wealth (and posers).

Our home for the day was the Casa Mia, Monaco’s prestigious Dance Academy. Sitting on the bank of the Monaco Port, the Casa Mia had the perfect vantage point of the entire port and two lengths of the infamous Monaco Grand Prix race track. Monaco is one of the F1’s most narrow circuit and only 1 of 2 F1 tracks to be raced on real roads (all the others are custom built race tracks). The real roads and such narrow corners makes Monaco’s track even more exciting than the rest. Not to mention the stunning aesthetic backdrop of the super yacht-filled port.

Truth be told, I didn’t really know anything about the Grand Prix before I went to Monaco, but I got chatting to a bunch of petrol heads who told me everything I needed to know. When the race started, I was totally taken aback at how fast the cars went. The drivers would practically drive right into a corner before making the fastest turn to maximise their speed. Nail biting stuff!

As well getting to watch the race, I also explored the town and port of Monaco, and it’s many designer boutiques, white table-cloth restaurants and uber cool lounge bars. Monaco is crazy-expensive, so I’m not sure I would come here for a long trip, but I’d love to revisit on a tour of the South of France. It was amazing to experience the super glamorous jet-set world of Monaco for one weekend and watch one of the world’s most famous Grand Prix circuits.

What did you think of my Monaco whirlwind experience? Are you a keen F1 fan? Leave me your thoughts in the comment box below the photos. Jess x 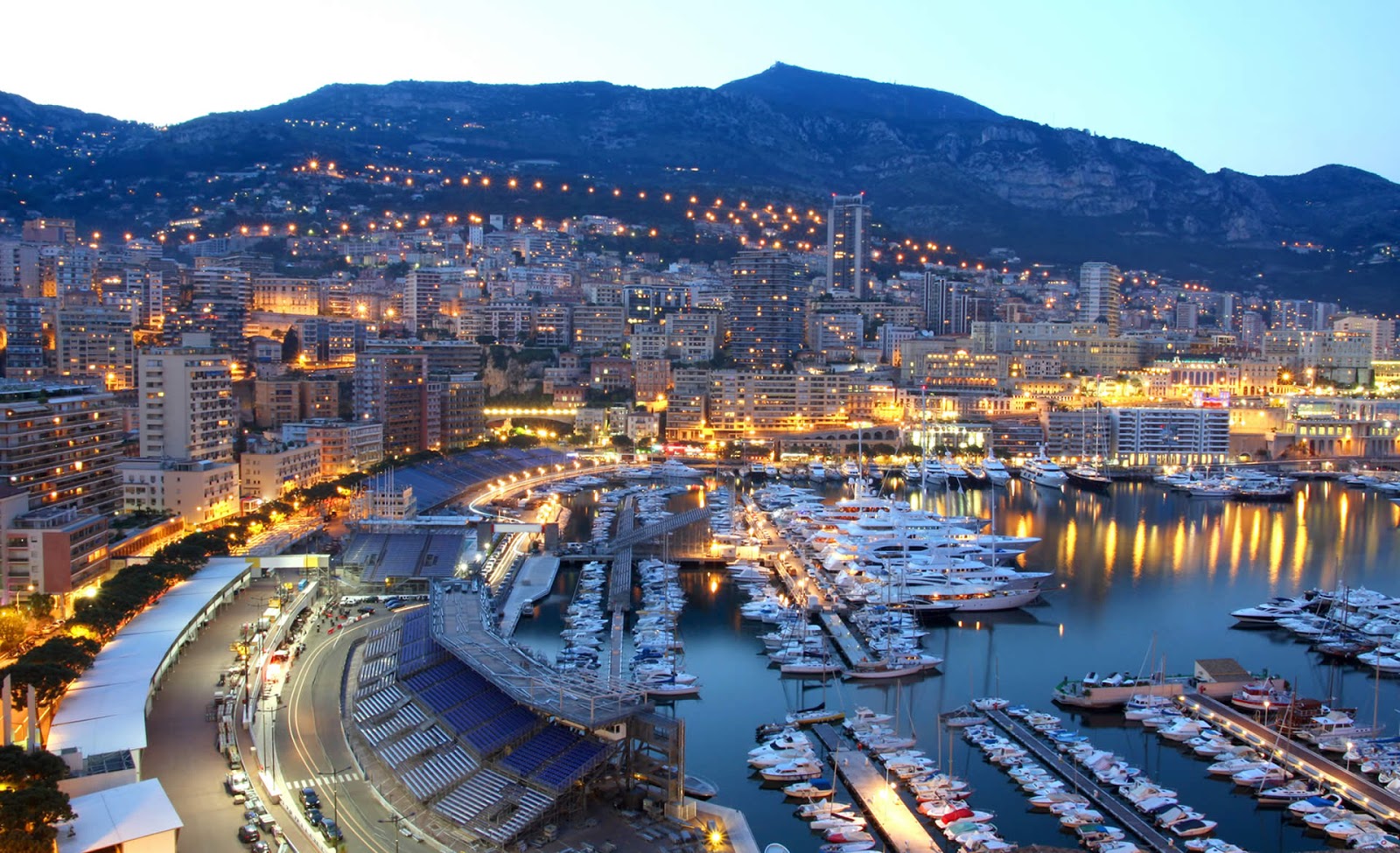 « 10 Things to Know About London Before Visiting
Detox, Party, Chill: My 3 Summer Destinations of 2014 »