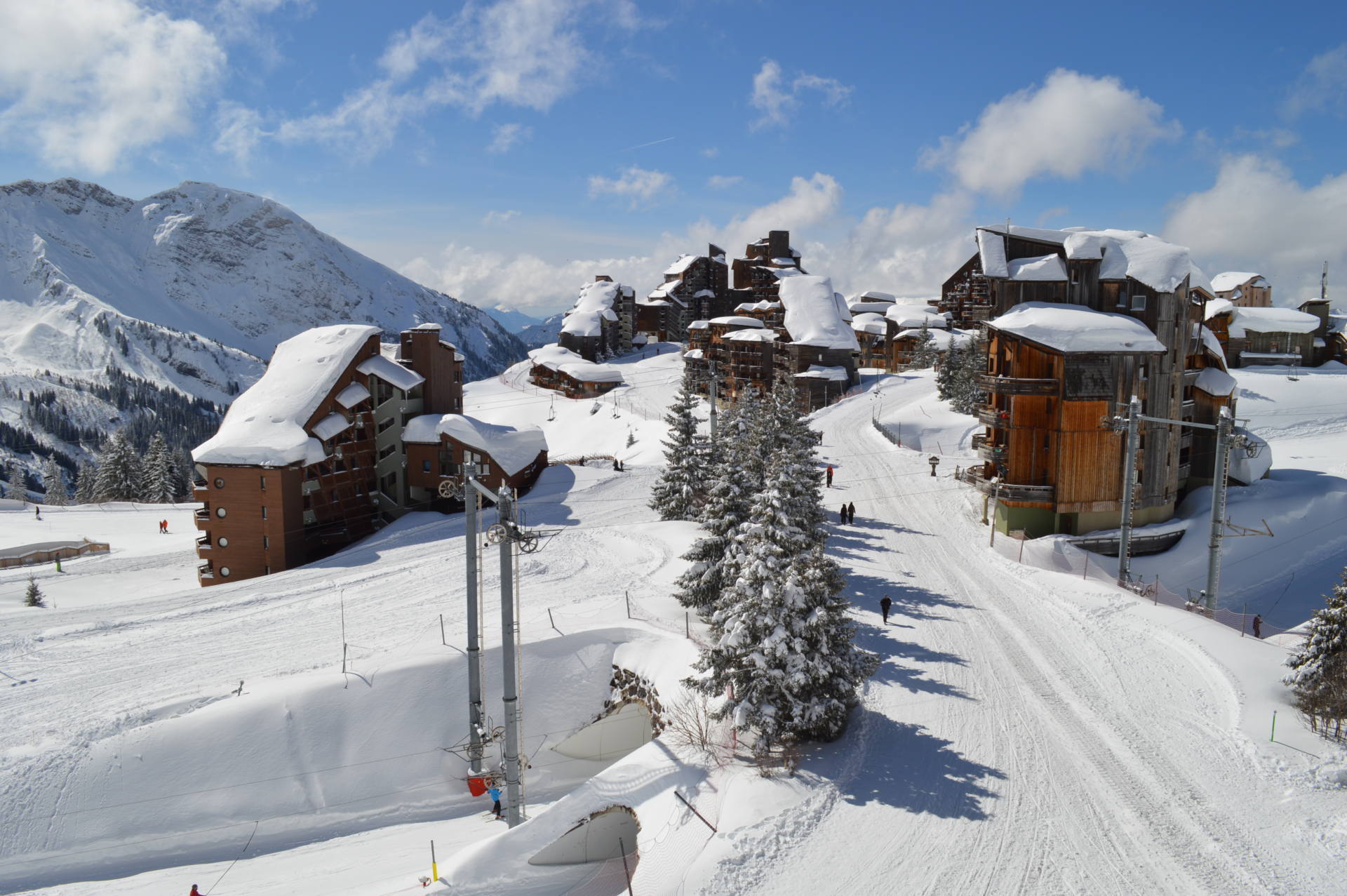 Nothing says ‘kicking off 2014 with a bang’ better than attempting to hurl yourself down a snowy mountain. Learning a new skill, bracing fresh air and travelling to a new place… I was ticking off new years resolutions left right and centre. Last week, this was my reality, as I jetted off to the French alps to embark on a January ski trip in Tignes. Here’s the story of my week… 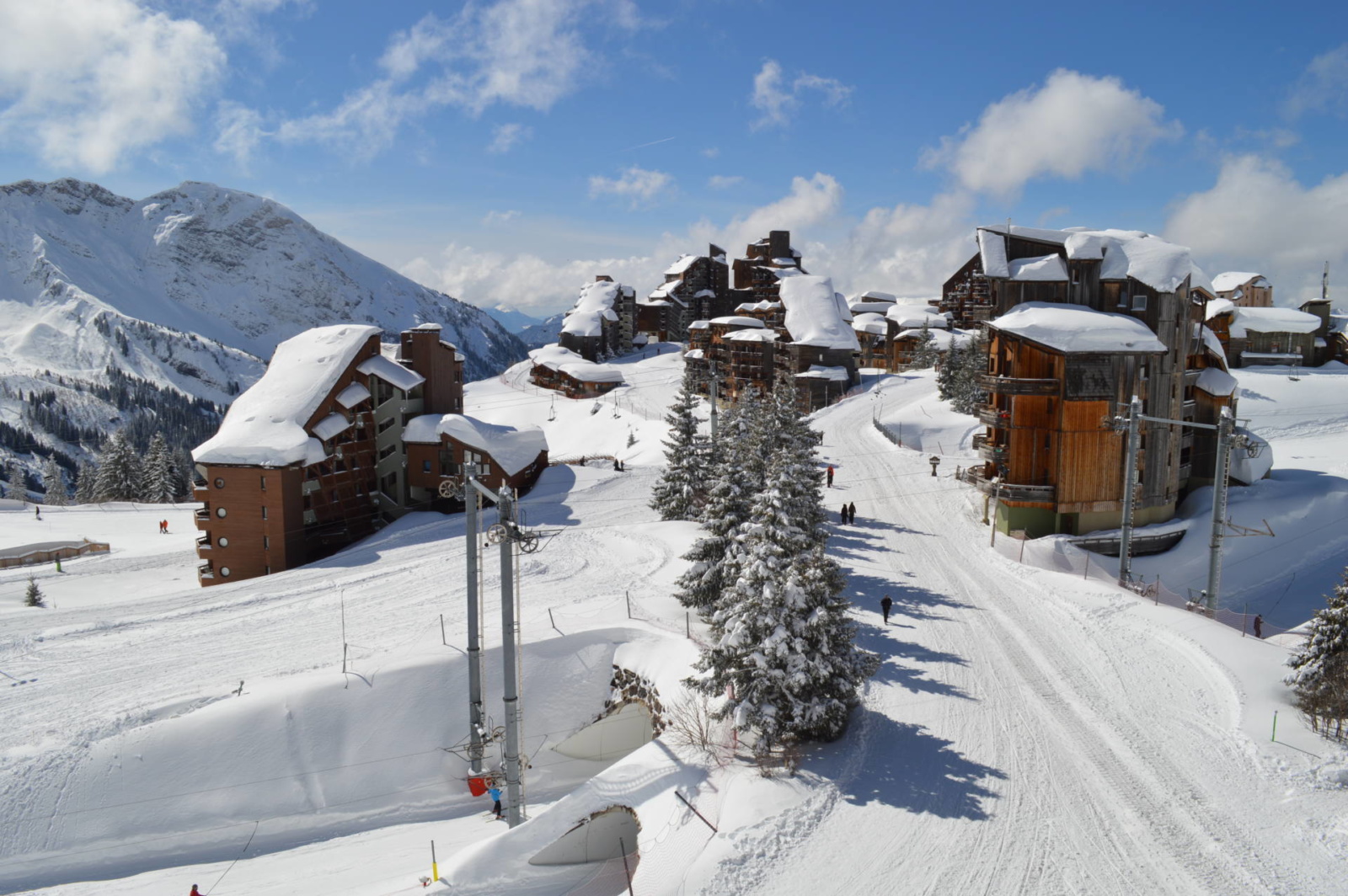 After a ridiculously early start, I flew from Leeds to Geneva in search of ski, sun and Savoyard food. After a tedious 3 hour coach transfer we were across the French / Swiss border, the snowy mountain peaks were in sight and I got a pang of excitement and nerves in equal measure. Having been on just 2 ski holidays prior to this trip (the last one being 3 years ago), I decided to self assess myself into the highly rusty category of skier – not the sort you want to be crossed with on the piste. Our ski chalet was in Val Claret, the highest town in the resort of Tignes. It was gorgeous! With alpine wooden décor and an incredible view of the piste and surrounding mountains, it was a perfectly cosy retreat after a day of skiing.

To help get me back in the swing of things, I enrolled on a 5 day course of lessons with ski school Evolution 2. The 3 hour lessons went from 9am to 12pm daily and Day 1 started with an assessment ski to classify our levels of ability (turns out my self assessment wasn’t sufficient). Surprisingly at this point, I had very little nerves as I was told that skiing was just like riding a bike. Once you get it you never loose it. What could possibly go wrong?

So off I went up the chair lift with my fellow ski students to attempt a blue run. (ski runs are categorised green, blue, red and black. Green is the easiest and black is the hardest. Then there is also off-piste but they’re for mental people only). It wasn’t until I got to the top of the run that it occurred to me that I had totally forgotten how to get myself to the bottom and in short – I freaked out. I was way out of my comfort zone and the slope was getting steeper. After a couple of minutes glued to the spot in terror, I relapsed back into the beginners default of the ‘snow plough’ to get me down the run in one piece. 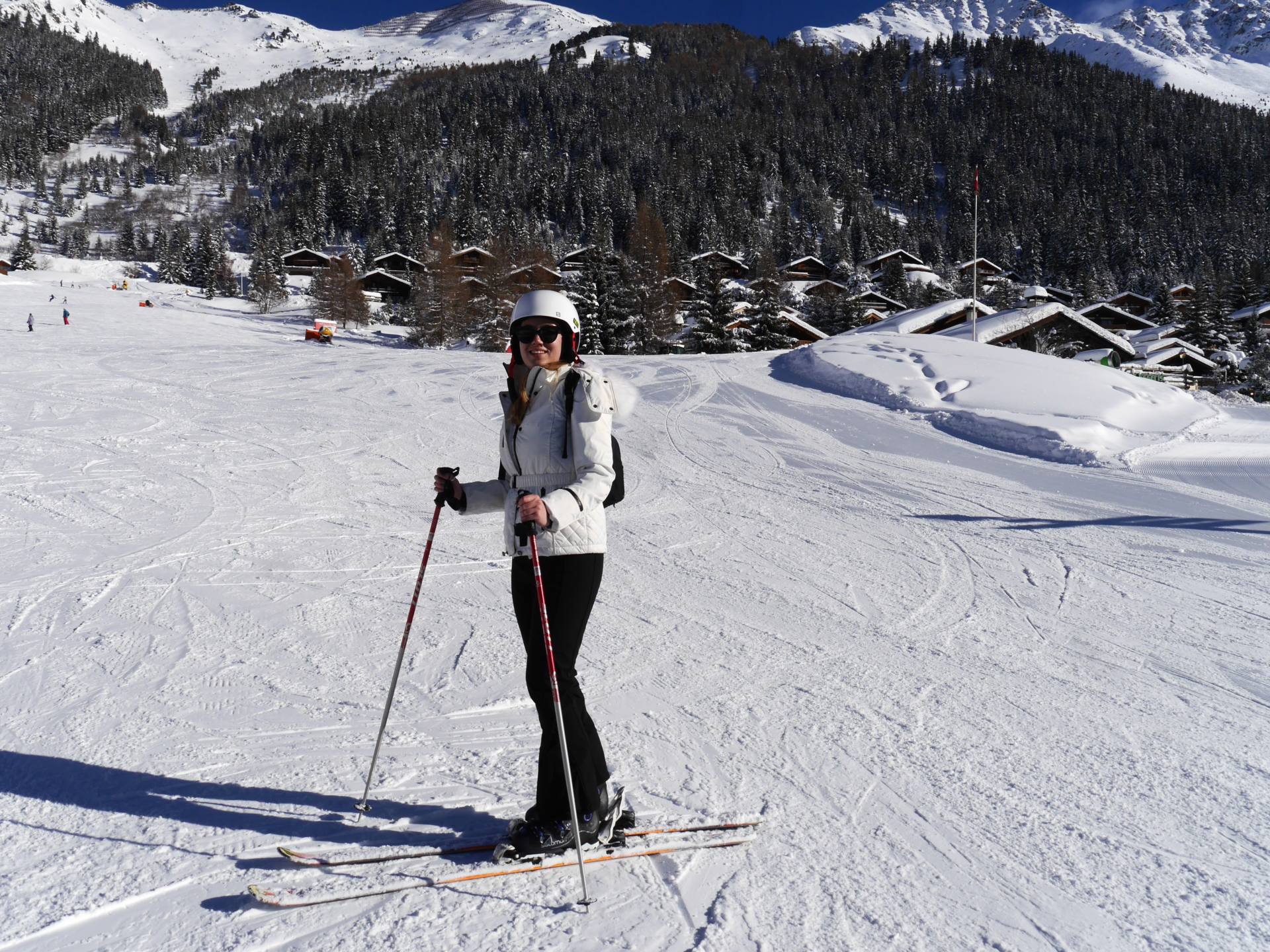 My knight in shining armour came in the form of Sylvain, my incredibly charming French ski instructor who spoke perfect English in an American accent. He reminded me of the basic technique and brought me down the piste slowly with total patience. I immediately trusted him and was very glad to have him as my instructor for the week.

As the week went by I began to develop more confidence on the skis. After my freak out on day 1 we took to the nursery slopes and Sylvain had us doing loads of techniques to get us turning smoothly. Each day the runs got harder and the distances got longer. We skied around the whole area of the alps and visited   Val D’Isere. Skiing really is exhausting work (it’s like doing a constant squat for 3 hours, no joke) but Sylvain had so much enthusiasm for what he was doing, I couldn’t help but love it too.

In amongst all the skiing, my sister and I still found time to do plenty of apres ski at the many bars on and off the piste. Val Claret is located on the other side of the mountain to the infamous Folie Douce – a day club in the middle of the mountains with live music, dancers and students necking Moet from the bottle. Think of it as Ibiza in the snow. We spent a couple of fun afternoons here which resulted in some rather unstable ski runs back to the chalet!

Every morning I would finish my lesson exhausted, but feeling very well accomplished and that little bit better than the day before. By the final day, my beginner snow plough position was a thing of the past, and I was transferring my weight and parallel skiing like a pro (well, almost). I was whizzing down runs that terrified me at the beginning of the week and I had even tackled a really steep red run by the end. I felt a massive sense of achievement after my 5 lessons were up as well as an overwhelming urge for a glass of wine!

I’m not sure if I’d go as far as saying I’ve been bitten by the ‘ski bug’, but I had a great week on my ski trip in Tignes. I ate like a king, posed like a pro and learnt to ski all over again. Thanks to Evolution 2 and Sylvain for restoring my ski legs and for an amazing week.

What did you think of my ski trip in Tignes? Have you been to Tignes or are planning a skiing trip this season? Comment in the box and let me know!

« Fun Things to do in Amsterdam
I’m moving to London! »