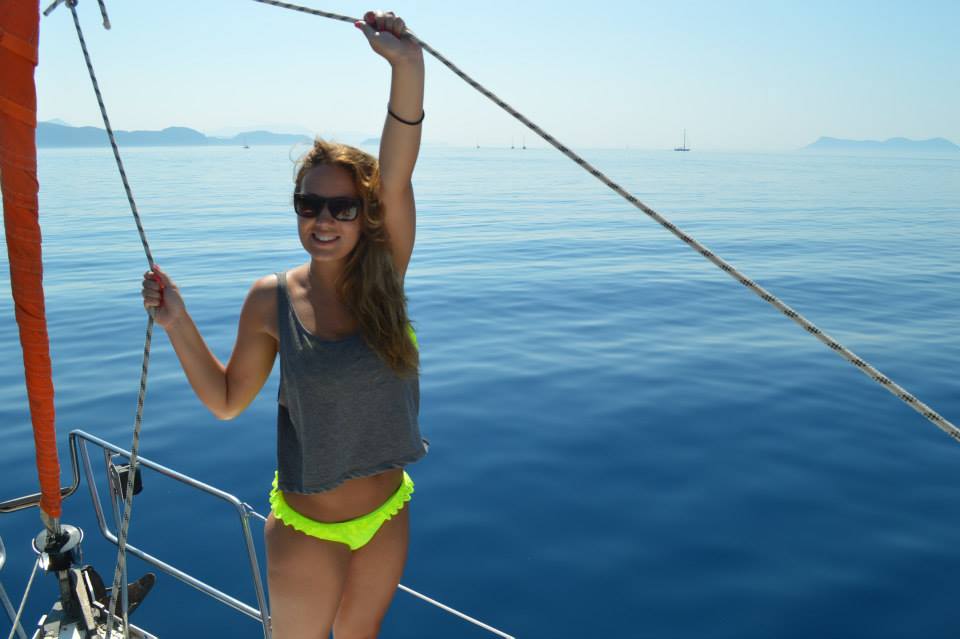 In a nutshell, 2013 has been a year of amazing travel adventures for me. Not only that, it has also been an unforgetable year of travel blogging success for The Travelista. After launching The Travelista Blog just 10 months ago in March 2013, I have had so many opportunities to travel and work with some fantastic travel brands (not to mention being nominated to win a Cosmo Blog Award!) So as the year comes to an end, I thought I would write a travel round up of everywhere I’ve been and why I went there. I’ve included links to all my original travel posts, so you can read about whichever take your fancy. Enjoy!

My first trip of 2013 was a girly weekend away to Amsterdam with 9 of my friends. Sounds like a recipe for disaster I know, but we came away unscathed! My Grandma is Dutch but surprisingly, this was my first ever trip to Holland. We caught the ferry over from Hull and spent 2 days exploring the enigmatic Dutch capital. I fell in love with Amsterdam and would love to return again with enough time to really get my teeth into the place (and the crepes).

Just a couple of weeks after Amsterdam I found myself sitting on a plane for a last minute press trip to Munich. This time it was to write a travel piece for The Player, a luxury lifestyle publication for men. I went along with 4 other Journalists and a lovely PR girl. We stayed at the luxurious 5* Bayerischerhof Hotel and had a fabulous few days of eating, drinking, spa-ing and enjoying the city.

After a few years off from the annual family holiday, my parents invited my sister and I on a Nielson Greek sailing holiday. Having spent many a summer soaking up the sun on sailing holidays as a teen, I knew what I was in for, and there was no way I was turning it down! I spent 2 blissful weeks in Greece, the first in Sivota Bay The Retreat, and the second island hopping our way around the Ionian on a yacht. I was without WiFi on the yacht so kept a written diary which I later typed up onto the blog and called it The Sailing Diaries.

I have always wanted to go to Sardinia, so when my Editor asked me to go there on a press trip, I died and went to heaven! With 10 other journalists and 2 PR girls, it was the biggest press trip I’ve been on. As usual, there we’re some hilarious characters on the trip who kept things very entertaining. We stayed at the 5* Licciola Resort which opened in May 2013.  The Island is absolutely stunning and the trip helped me see out the summer in style!

I was sent on a week long fam trip to travel along Ireland’s Wild Atlantic Way. Without this trip, I would probably have never thought to have travelled through remote Northern Ireland. But the whole trip was absolutely incredible and I cant believe how much undiscovered beauty is in that isolated part of the world.

Last, but by no means least, is my most recent trip to Paris. This trip was exclusively for The Travelista and came courtesy of World Duty Free. I was invited to take part in their Travel Blogger Christmas Challenge where I was given £250 to do all my Christmas shopping in their stores. They offered me a weekend break to any European city for taking part in the challenge, and I chose Paris!

So that’s my travels for 2013 all wrapped up, but I’ve still got plenty to look forward to in 2014! On the 4th January I am going skiing for a week in Tignes, France and in April I am going on an 8 day blogger trip to Kerala, India courtesy of Kalypso Tours. I’m also planning to do Yacht Week in Croatia with my friends in the summer. I love being spontaneous and taking last minute trips depending on which travel opportunities crop up and I can’t wait to find out where else I will be discovering in 2014.

Where have you been in 2013 and where is on your travel hit list for 2014? If you’ve enjoyed this post, please leave me a comment. I love hearing from you!