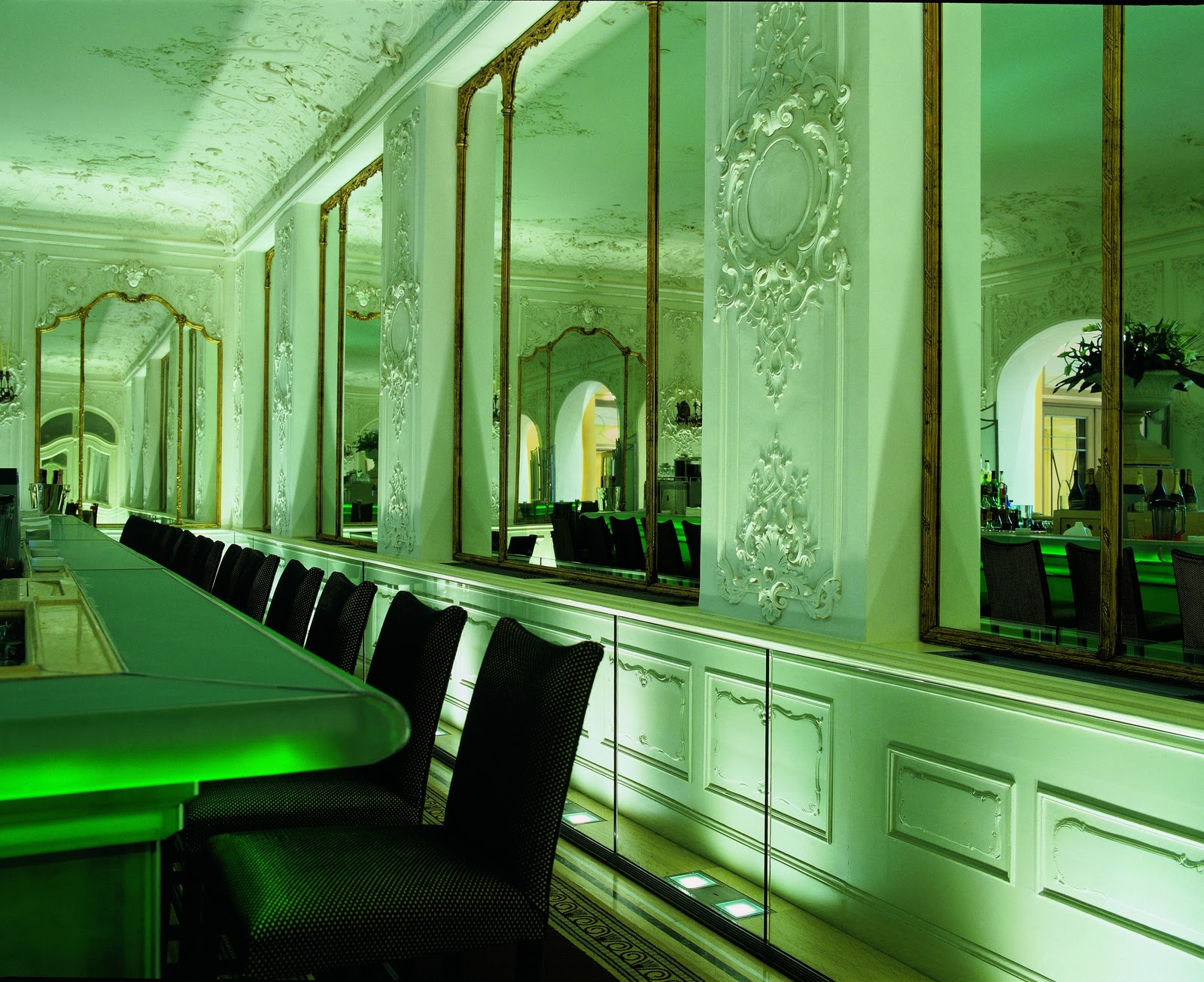 In every great city, there lies a great hotel. A hotel that sits a clear mile above the rest offering a standard of excellence that can knock the socks off anyone lucky enough to experience it. To be that hotel in a city as affluent, dynamic and cultured as Munich, it has to be a damn good hotel. And I was lucky enough to experience it. Here’s there story of my stay at the Bayerischer Hof Hotel …

The Bayerischer Hof Hotel in Munich was built with two things in mind; greatness and grandeur. After King Ludwig I decided he wanted to build the most decadent digs in the city, construction began in 1839. Impressing his royal guests being his main objective, The Bayerischer Hof is living proof that the male psyche hasn’t changed much in the last 174 years! Commanding an imposing position from any angle on the highly salubrious Promenadeplatz, he certainly achieved his objective. 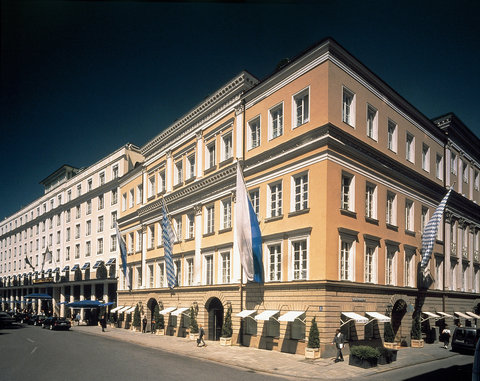 The Only Option in Munich

Stepping beyond the charming doormen and through the golden revolving doors, it’s no wonder why the Bayerischer Hof has long been known as the only respectable pit stop for visiting politicians, business men and celebrities alike. It became Michael Jacksons home for 3 months during that baby dangling incident and has been an A-List haunt since time began.

The high ceilings, polished marble floors and intricate interior of the reception hall set the standard of what can be found if you delve a little deeper into this grand hotel. Beyond the glossy reception lies the heart of the hotel, a sprawling saloon for the highest of teas and sweetest of treats that maintains every inch of the traditional 18th century Ludwig charm. But don’t be fooled into thinking this is one of your stiff-upper-lip establishments that attracts nothing but old money. Step past its traditional first impressions and you’ll find it’s quite the contrary.

Keeping It in The Family

Since the days of King Ludwig I, The Bayserischer Hof is now a family run business. Having been passed down through generations of the Volkhardt family for over a hundred years, the hotel is the hottest heirloom in town. After playing such a pivotal part in the family’s life for over a century, the hotel is brimming with character and the attention to detail put in by the Volkhardt’s is evident all around.

Every one of the 350 spacious rooms and 60 sumptuous suites has been individually designed to the highest standard. With design themes from African to Art Deco, there’s something to tickle every guest’s fancy. And if you really fancy pushing the boat out, the suites boast private Mediterranean terraces and glass bedrooms with panoramic views of Munich. Very impressive.

A Place for the In Crowd

Come nightfall, The Bayerischer Hof is a playground for visitors and locals alike. With 6 bars and 5 restaurants with their own individual concept, menu and décor, the Bayerischer Hof boasts some of the trendiest social hubs in the city. From Michelin star dining at the Atelier restaurant to traditional Bavarian delicacies in the no frills underground Palais Keller restaurant, the dining options are eclectic and exciting.

The central Falk’s Bar lies above the grand staircase of the saloon and provides a welcome twist on the classic champagne bar. Behind the original 18th century coving and palatial mirrors framed in gold, UV lights flicker on a colour changing cycle that illuminates the entire room. Unobtrusive house music provides the backdrop to bubbling chatter and occasional clinking of Veuve Cliquot. Venture underneath the hotel and you’ll find local city boys loosening off their ties with a Friday night Mai Tai at the on-site Trader Vik’s. Glamorous couples linger in cozy corners amongst the much-loved Tiki décor and mouthwateringly exotic Polynesian dishes.

A City of Luxury and Culture

Munich is known as the wealthiest city in Germany and is known to attract those who enjoy the finer things in life. With 11 Michelin Star restaurants (including The Bayerischer Hof’s Atelier) and enough designer shops to rival Bond Street, Munich is home to fine food and fine threads.

Take a wander down Maximillian St and peruse the designer boutiques from Hermes to Bvlgari, just don’t expect to come back empty handed. Now home to the European headquarters of Louis Vuitton and Tom Ford, Munich is Germany’s fashion capital. For a night out equally as glam as it’s many designer labels, Munich’s iconic Grand Opera House is the ultimate place to see and be seen.

Whilst the Bayerischer Hof attracts many international businessmen, not a great deal of them are doing any business. The hotel is a hive of indulgence that goes far beyond its commendable food and drink options. Housing the most exclusive Spa in the city, The Bayerischer Hof’s Blue Spa complex provides a truly luxurious inner city escape. Guests can take advantage of the immaculate roof top pool, gym and café, all of which command unparalleled panoramic views across Munich.

In the summer months the pool becomes open top ensuring the sun beams in and the hustle and bustle of the city stays out. The chic spa café serves up sumptuous smoothies, gourmet herbal teas and deliciously guilt-free dishes (but if you fancy undoing all the good, it serves a damn good G&T too). The highly tempting treatment ‘menu’ includes an extensive choice of classic and specialist treatments, but if there’s only time for one, make sure it’s The Blue Spa Signature Massage.

Cosmopolitan without an ounce of corporate, this Landmark Munich hotel is in a league of its own. The combination between its quirky glamour and palatial surroundings make The Bayerischer Hof truly unique, and quite frankly, the only place to stay in Munich.

Photos original and taken by The Travelista during her trip