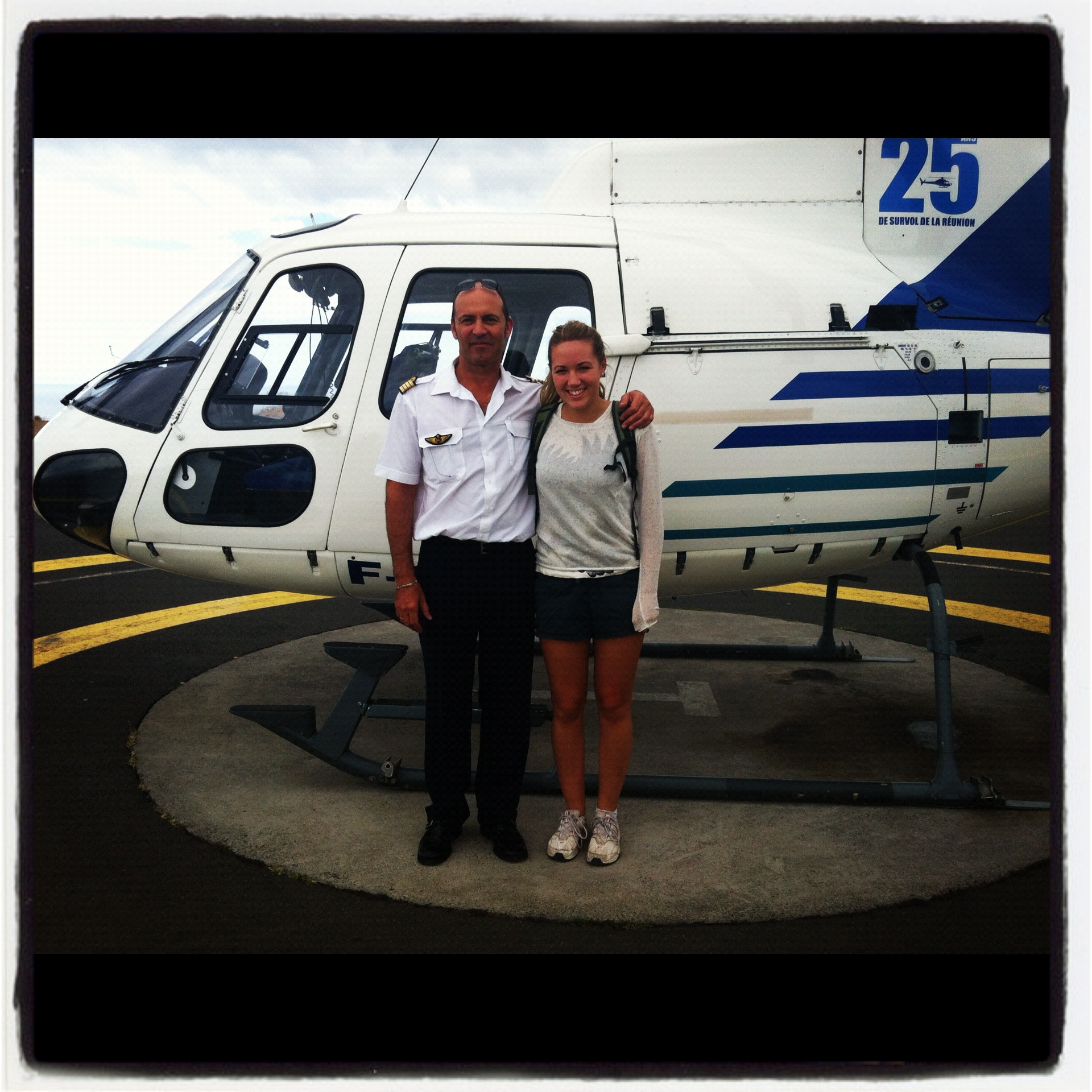 Ever heard of the Island of Reunion? No, four months ago neither had I. It’s strange when you find yourself in a destination that you never knew existed, thinking about how its beauty has been around all this time and you’ve never given it a second thought. After three unforgettable days of trekking mountains, soaring over Jurassic peaks by helicopter, snorkeling in crystal clear waters and spotting turtles in La Reunion, I was left exhausted, enchanted and thinking exactly that.

Hidden away in the Indian Ocean, La Reunion is a tropical volcanic island made up of hundreds of microclimates that spread across its central mountaintops down to its white sandy beaches. Offering a rare combination of endless adrenaline-pumping activities and idyllically instagramable beaches, it is one of the most unique destinations on earth.

After a cramped and sleepless 12 hour flight, I jumped right into the deep end with a 4 hour trek to the rural mountain villages of Mafat. The combination of being jetlagged, in awe of my surroundings and drowsy from sleeping pill left me slightly delirious. Little did I know I about to enjoy one of the most incredible experiences of my life.

Two dodgy stepping-stones, one soggy hiking boot, one banana, endless sharp inclines and three breath taking valleys later, we arrived at the village of Cayenne. With a miniscule population of just 20 people, it opened my eyes to realise how self sufficiently and primitively people could still live in 2012, and was a very humbling experience.

Nobody could have prepared me for what was next to come and is something I can only describe as an experience I will remember forever; a helicopter ride of the Island and its aqua marine coastline. Zooming down over a nearby cliff face, the helicopter hovered down to pick us up in Cayenne and I couldn’t help but hum the Jurassic Park theme tune to myself (just to add to the already-dramatic event). With a heady cocktail of excitement and nerves, I ran against the whirlwind waves of the propellers and clambered into the helicopter. No sooner had I put my earphones on and self-congratulated myself for not blowing away, the pilot swung the ‘copter in a upwards and backwards motion which felt like the most extreme (but real) rollercoaster drop of my life! After leaving my stomach back way back on land, we were up up and away rising above the majestic mountain peaks of Mafat.

As the helicopter rose, more and more of La Reunion’s stunning landscape was revealed and at the highest point, I could see a 360 degree birds eye view of the whole Island.  After hovering down waterfalls, into deep valleys and over volcano turrets, I was left feeling weightless and slightly speechless. For the pilot’s grand finale, we flew across the coastlines crystal clear waters and vivid coral barrier.

That was the trip that defined my biggest aspiration in life: to see the world.

….What did you think?