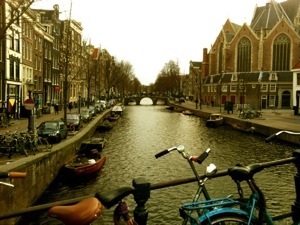 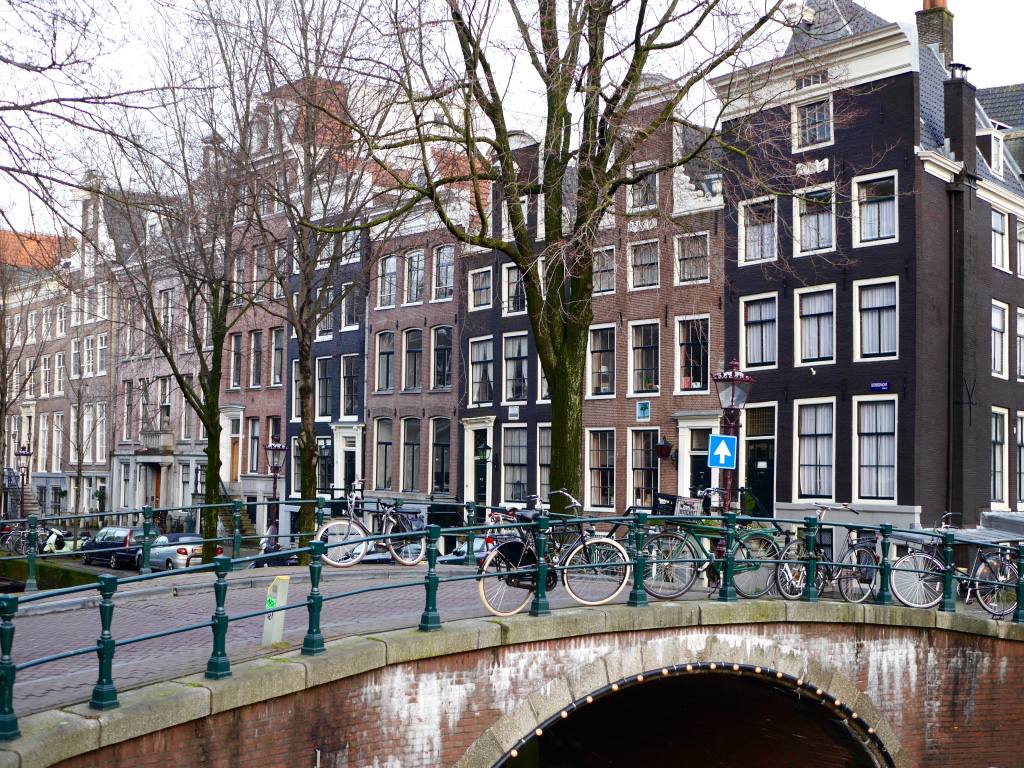 Any excuse for a long weekend away and I’m on it, especially if it involves seeing a place of the world I haven’t been to before. Despite The Netherlands being located just a short hop away from the UK and my Father’s Dutch roots, at the ripe age of 22 I had still never visited this enigmatic country.

The excuse was good enough for me, so last weekend some friends and I embarked on a whistle-stop tour of Amsterdam. We decided, in a moment of madness, to book ourselves onto a Mini-Cruise which departed from Hull FerryPort to Rotterdam Europoort, with an evening crossing time of 12hrs.

With drop-down bunk beds and a mini-en suite, my over ambitious visions of a Rose Dawson-esque Titanic suite were quickly squandered. The cabins were snug to say the least but perfectly functional for an overnight stop. Being Saturday night, the ferry was buzzing with atmosphere. With three bars, a restaurant and live evening entertainment, there was plenty to entertain ourselves with (including the stag do slalom). After too much very reasonably priced Pimms (£3.20 a pop) we were sufficiently prepared to take on our inevitably rocky nights sleep. 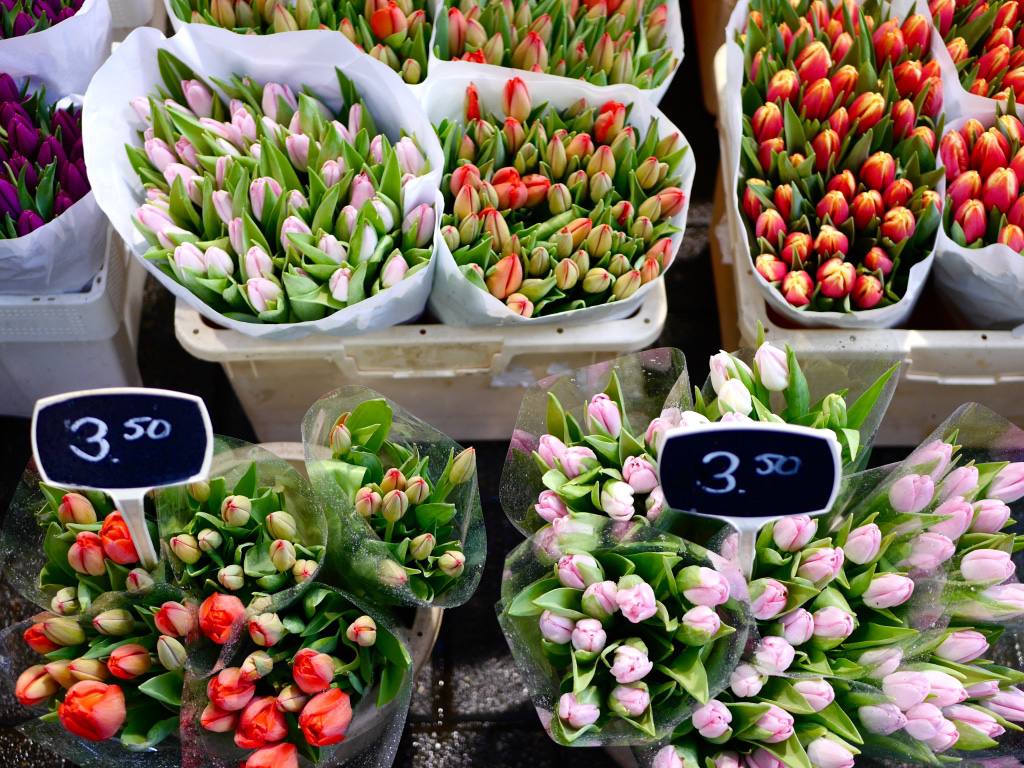 The following morning, the transfer from Rotterdam to Amsterdam Central Station was quick and easy, taking no more than 90 minutes. I was given a great tip off from a friend about the stations secure luggage lockers; one locker can hold 2 large suitcases and cost a reasonable €7.95 for 24hrs. If your hotel is a little out of the centre, it’s well worth doing and saves valuable time. So instead of heading straight to the hotel we decided to leave our cases as the station and start exploring.

In order to stretch our legs and shake off our newly acquired ‘sea legs’ we decided to kick off by going for a wander. I always like to get my bearings when arriving in a new place, so we took a stroll down Damrak (the wide boulevard directly opposite Central Station). No sooner had we walked 5 minutes away from Centraal Station we found ourselves paying the nominal fee of 4 Euros to visit Amsterdam’s famous The Sex Museum. Whilst I am sure this museum has received extremely mixed reviews, I actually found it fascinating and would highly recommend After a tasty lunch stop of traditional Dutch Waffles at Dam Square teamed with some rather questionable tobacco fumes, we were ready to see more of the city.

Amsterdam is a city for bikes, and what really struck me within minutes of stepping into the centre was the sheer amount of them. They’re everywhere, and they have right of way over cars and pedestrians. Going along with the well-coined phrase of ‘when in Rome’, I would have loved to explore the city on wheels. With a few friends anything but keen cyclists, we opted against it and explored the city’s quaint squares, canal ways and of course the infamous Red Light District by foot. 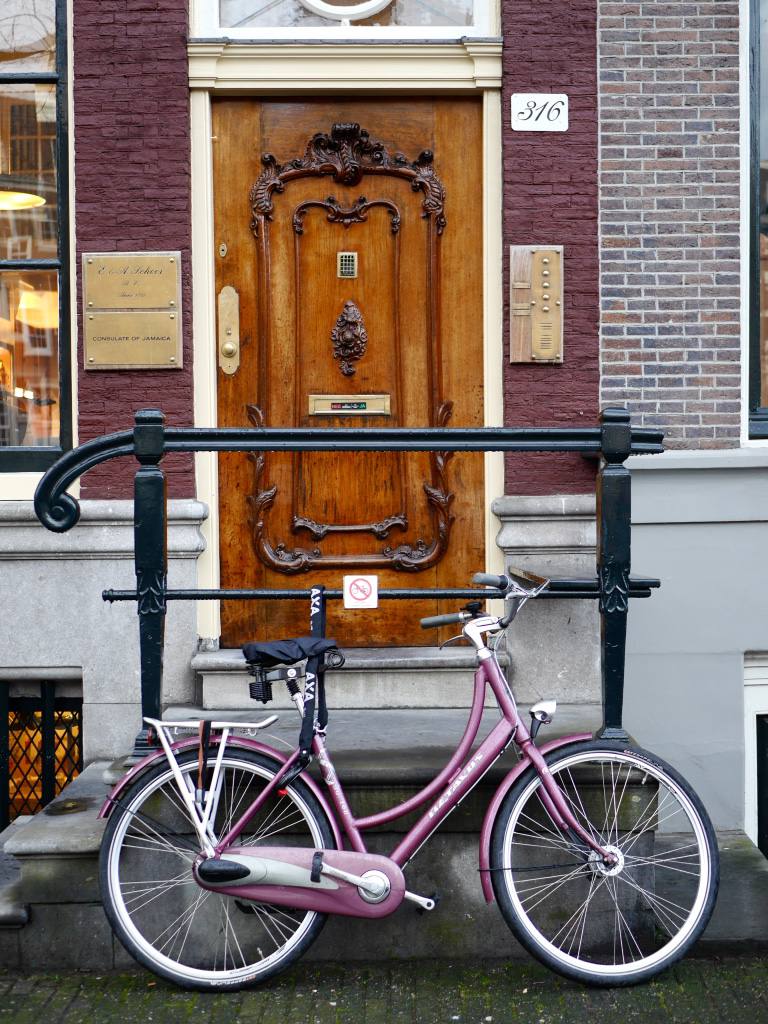 After warming up with a well deserved coffee at BaBa lounge on Warmoesstraat, we headed over to theRijksmuseum to see the iconic red and white ‘I AMsterdam’ sculpture. The Rijksmuseum is a hub of culture and art and is well worth a visit for anyone looking to get their teeth into the city’s heritage and history (or simply for anyone wanting a cool snap outside the red and white sculpture!)

Our Mini-Cruise included a one night stay at the 4* Dutch Artemis Design Hotel, so we retrieved our suitcases and caught the number 2 tram from Central Station to Louwesweg. The hotel was a 30 minute tram ride out of the city centre in Amsterdam’s business district and is a great option for anyone wanting a luxurious escape from the centres’ hustle and bustle. After a 10 minute walk from Louwesweg tram stop, we arrived in the chic and welcoming reception hall with it’s quirky art and elegant décor. My room was modern with a heavenly bed and plush white bed linen, perfect for crashing after a busy day in Amsterdam!

The 3-night Mini-Cruises are an incredibly novel, easy and great value way to experience Amsterdam. Many of the stereotypical activities in Amsterdam are not for the prudish or faint hearted, but Amsterdam holds a wealth of history, culture, cuisine and entertainment that is truly unique and has to be experienced to be understood. If anything, my whirlwind weekend was not long enough to really get my teeth into the city, and I’m already planning my next trip back.

Have you been to Amsterdam? I’d love to hear what you thought.

« What’s On My Travel Bucket List?
A Weekend Break in Munich »